On the first episode of KBS2 drama series Dream High 2 which premiered on January 30th, 2012, Kim Soo Hyun once again transformed into the character of Song Sam Dong, the role which he played in the prequel Dream High in 2011, to make a special cameo appearance in Dream High 2, acting alongside with Ryan (T-ara’s Park Jiyeon) to reenact the famous kiss scene between Kim Soo Hyun and miss A’s Suzy in Dream High 1.

In the scene, Kim Soo Yoo is appearing as the musical genius Song Sam-dong, while Jiyeon is playing the role of Suzy in Dream High 1, Go Hye Mi. Both of them took the bus farewell scene.

It supposed to be the scene of Ryan looks tearfully to the Sam Dong who sits in the bus, then Sam Dong says, “this girl who likes a poison,” and kisses Ryan. However, at the moment of about to kiss, the filming encounters NG due to Jiyeon unable to shed tears. In the cold weather, they were beginning to feel tired.

Kim Soo Hyun is currently filming MBC drama The Moon Embracing the Sun. Despite his hectic filming for the drama series, he has gladly accepted the offer to cameo in Dream High 2.

In addition, IU also is also making a cameo appearing by replaying her role in Dream High 1, Kim Pil Suk, encountering with Shin Hye Sung who is playing by Kang So Ra by chance. 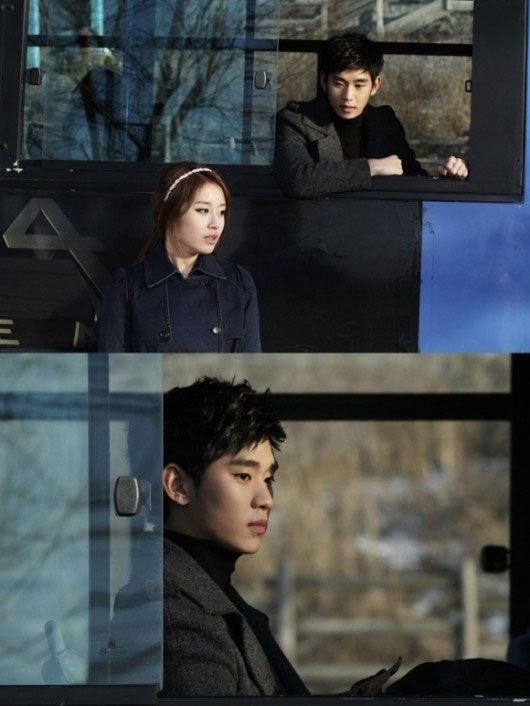 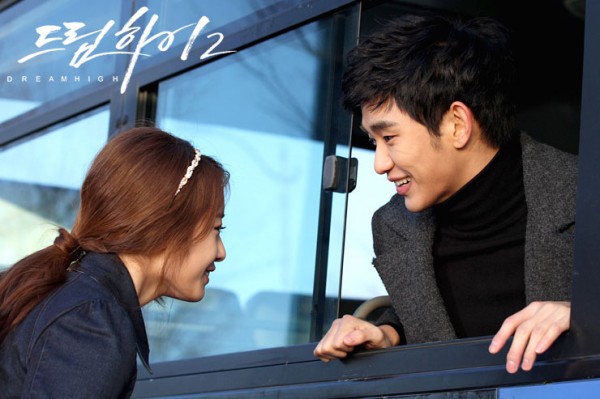 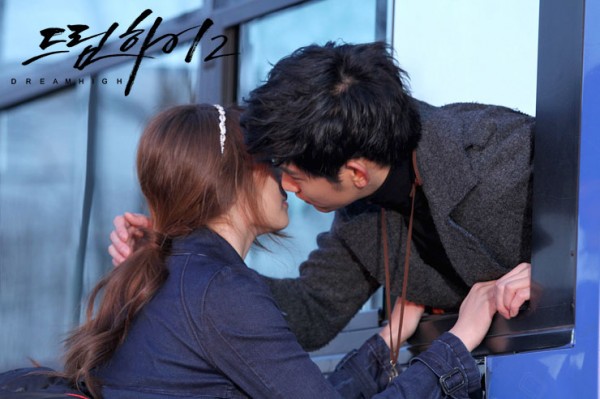 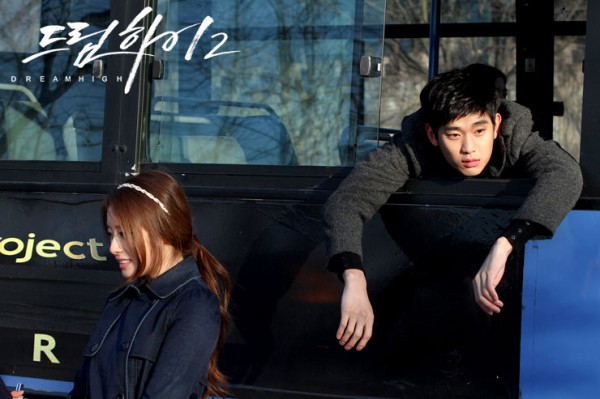