Days ago, Han Ga In and Kim Yoo Jung who played the same role of Heo Yeon Woo in the MBC TV series The Moon Embracing the Sun shot the advertisements for the new washing machine launched by home appliance brand, Samsung.

The CF shot has been kept high secret previously, but on March 14th, 2012, a few teaser advertisement photos have been leaked onto the Internet, attracting the attention of the fans. 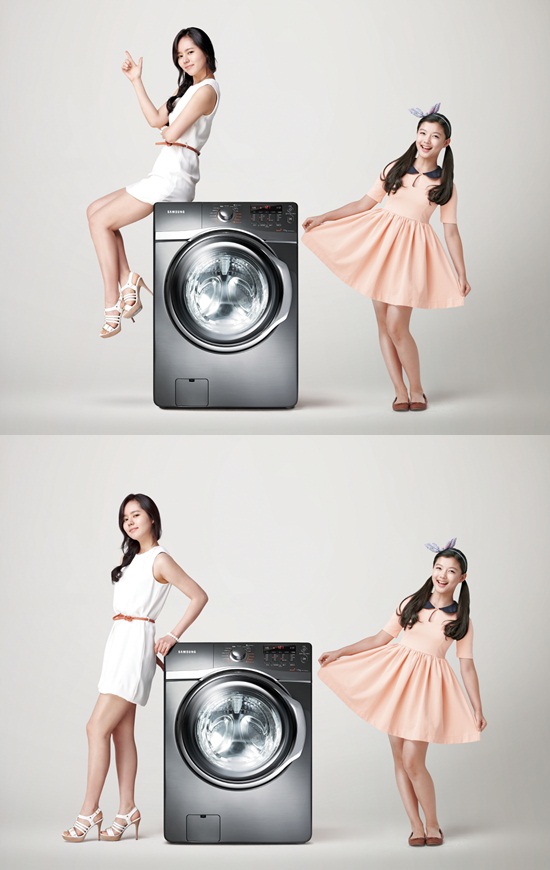 An official of Samsung Electronics said, “Previously Han Ga In has received well praise when she endorsed Samsung washing machine. This time we adopts the cooperation of two Yeon Woos because the two actresses are popular among the audience due to the popular drama.”