With regards to actress Kim Yoo Jung who played the role of Yeon Woo at young age in The Moon that Embraces the Sun, Han Ga In said, “The child actors did very well, and they were the earliest to arrive on the set. Before coming I have a little worry, but now my mood is very relaxed.” 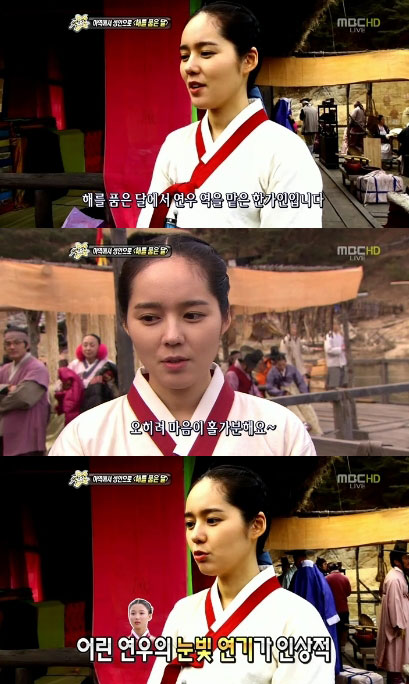 On the program aired on the day, the speech of Kim Yoo Jung which was full of vigor also attracted attention. She said, “The child actors acted well because of the guidance of the adult actors. The acting of adult actors is good too, so hope that viewers can continue to support the drama.”