In the MBC’s “Section TV Entertainment Show” aired on May 13th, 2012, the behind the scene on the filming set for engagement party of Lee Seung Gi and Ha Ji Won in MBC drama series “The King 2 Hearts” was made public.

On the day’s program, reporter asked Jo Jung Suk who is playing the role of Eun Si Kyung that who is getting the worst of it in engagement of Lee Seung Gi and Ha Ji Won. He answered frankly, “I’m the fan of Ha Ji Won, but do you know whom I am working for now? So Lee Seung Gi get the worst of it.” 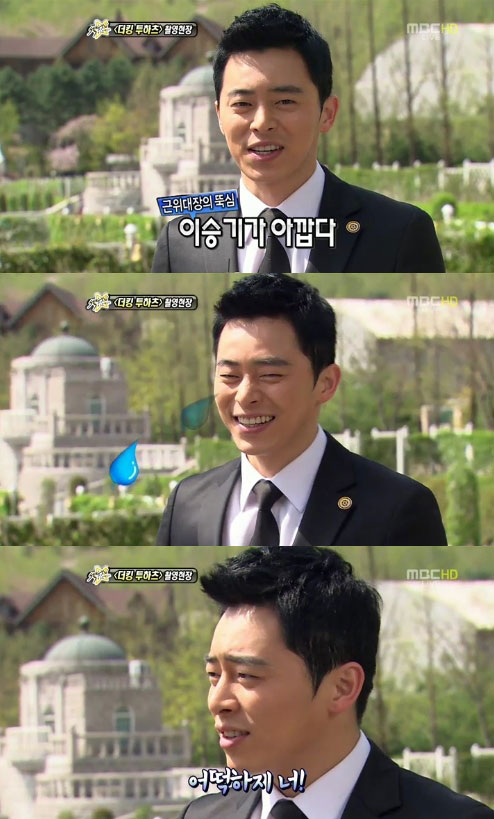 Then, Jo Jung Suk transformed into Nabddeukyi of “Architecture 101” to say the line of “What shall we do with you?” and provoked laughter.

In addition, the interview with other actors also aired in the program.