In the filming of infirmary scene for The Moon that Embraces the Sun at Yong In Folk Village, the affection between Jung Il Woo and Han Ga In was displayed.

The kid actors said one after another, “Both of you look good together. What’s the relationship between you both?” Jung Il Woo answered, “Is that kind of relationship,” provoking laughter. 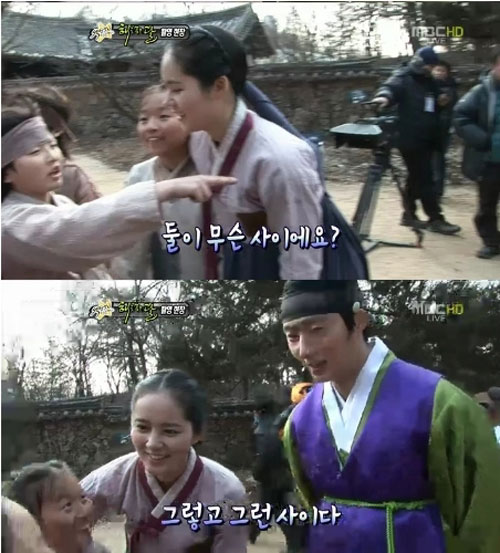 Then the kid actors instigated them to date, as the result Han Ga In pointed at Jung Il Woo and said, “If he is in relationship with me, then he committed crime,” everyone burst into laughter.