The role she is playing in the drama, daughter of wealthy family Baek Yeo Chi, is a rude and barbarous girl who speaks foul and cuss words anytime anywhere. Because the drama series requires a lot of profanity to be silenced or bleeped before airing, so a lot of audience calls Jung Ryu Won as “bleeping girl.”

On the press conference on January 14th, 2012, Jung Ryu Won expressed that she is suffering because of the totally different personality between herself and Baek Yeo Chi. She said, “In the drama, the posture of Baek Yeo Chi is arrogant, it’s difficult to immerse oneself into it, has a big gap with my own characteristic, if want to shoot season 2 there will be the news of I am already dead. Really cannot imagine always saying foul language, bossing around, Baek Yeo Chi is this personality. I belong to the kind who chooses to avoid even in a squabble, while Baek Yeo Chi is like a machine guy, making it hard for people to close to her.”

Wondering if it’s because Jung Ryu Won is very hard immersing into the role, letting her to have a feeling of wanting to die once she leaves the camera, “There is no resonance at all, very much wanting to die once outside of the shot, in the first episode there is a lot of scenes speaking foul language, I don’t know how many times NG happened, totally unspeakable.” 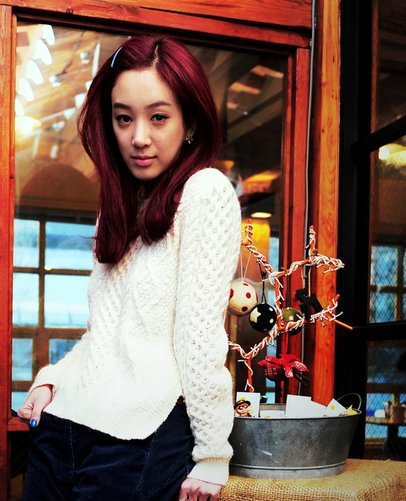 She said that crying scene is easier than name calling scene, while her own way of relieving stress is to cry, “Comparing with blaming others and furious to relieve pressure, I prefer to cry, because of this reason I have always starring in tragedy drama.”