After completing the shooting for MBC drama series The Moon Embracing the Sun, Kim soo Hyun emotionally shed tears, and was earning the new nickname of ‘water tap.’

Kim Soo Hyun who is becoming ultra popular after starring in MBC hit drama series The Moon that Embraces the Sun did his final shooting in the set at Yongin City, Gyeonggi-do on March 8th, 2012. After the filming was completed successfully as per normal, the tears of Kim Soo Hyun flowed, becoming a crying guy. 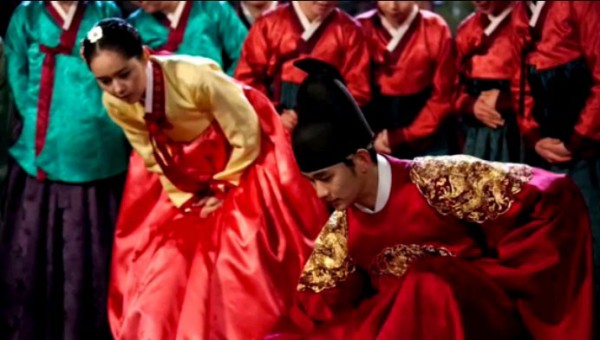 Not only that, Kim Soo Hyun is also showing his singing skill by participating in the production of OST for The Moon Embracing the Sun. The song of Kim Soo Hyun will be released as the The Moon that Embraces the Sun OST part 6 on midnight of March 13th, 2012. The song expresses the sincere love of Hwon to Yeon Woo. The mid bass of Kim Soo Hyun and soulful voice has made many fans looking forward to the song.

There are only 2 episodes of The Moon that Embraces the Sun remaining, what’s the ending for the love of Yeon Woo and Hwon has also lifted the expectations of the fans.