Lee Bum Soo who is starring in SBS Monday and Tuesday drama series Salaryman Chohanji as the character of Yoo Bang was appearing in a SBS talk show on the morning of January 30th, 2012. 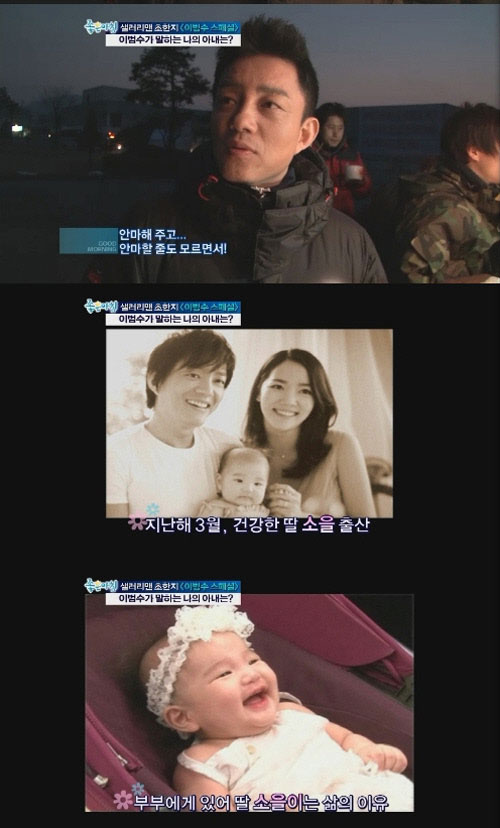 The daughter of Lee Bum Soo who showed a bright smile looks very similar to her beautiful mother.