South Korean actor Lee Joon Hyuk recently experience good things again and again. He not only is critically acclaimed for his excellent acting in ratings champion KBS Wednesday and Thursday drama “The Equator Man“, but also graced the cover of public welfare magazine “The Big Issue Korea”, causing his popularity to surge.

In this regard, Lee Joon Hyuk said that he was very pleased to be able contribute to this meaningful magazine. The magazine is sold by some poor people who spends the night on the street, and part of the proceeds will be used to improve the lives of the people who sleeps in the open.

It is reported by “The Big Issue Korea” with Lee Joon Hyuk as the cover model is published on May 15th, 2012. 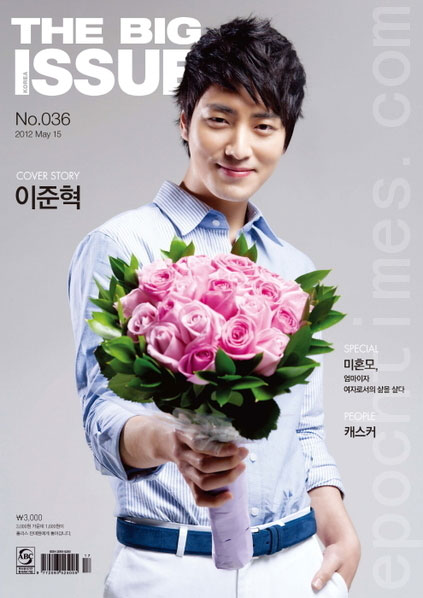