The king in “The King 2 Hearts“, Lee Seung Gi, ascended the throne of “delicacy king.”

An official related to “The King 2 Hearts” said, “Not only in Seoul, the drama also conducts filming in Incheon, Gangwon-do, Gunsan and other places. Because of appearing in “2 Days 1 Night”, Lee Seung Gi knows a lot of “delicious restaurant” around the country. So whenever he is free, he will bring actors and crews to eat good food.”

The person in charge revealed, “Because of the introduction of Lee Seung Gi, it also adds the fun for not only co-stars, but crew members.”

Lee Seung Gi has always been the atmosphere maker on the filming set. He has common breath with co-stars Ha Ji Won and others, and shoot pleasantly. 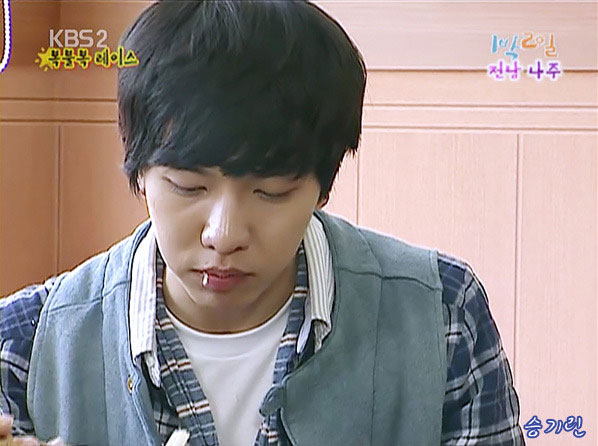 On the other hand, Lee Seung Gi was very sorry about unable to attend the VIP preview of Ha Ji Won’s latest movie “As One” due to busy schedule, and that he sent a cake as the gift has received attention. On the cake, Lee Seung Gi did not forget to attentively write a message, “The best leading actress of this era Ha Ji Won! Is so happy to co-star with you. ‘As One’ cheers.”

Lee Seung Gi who earns the love many cast and crew members is playing the role of South Korean king Lee Jae Ha in “The King 2 Hearts”, showing his mature acting style.