When asked if “It’s because of currently working together in The King 2 Hearts?” Lee Seung Gi said, “May be.” He went on to speak his mind honestly, “But Ha Ji Won is really attractive as a person, no matter as an actress or as a woman.” 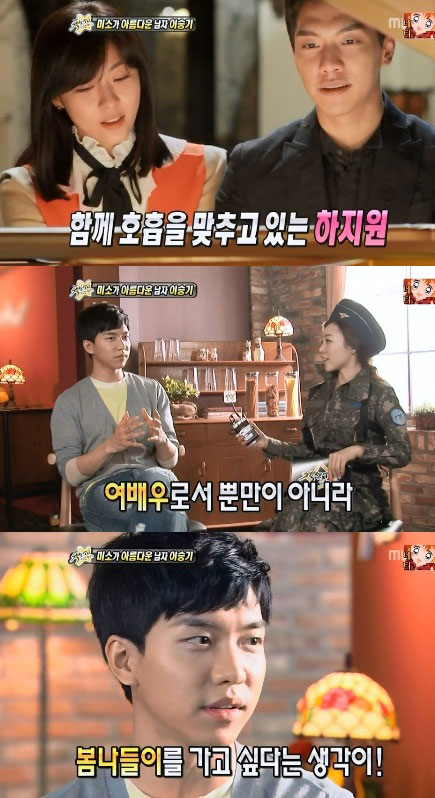 When asked if he plans to go for outing due to fine weather, he said, “I really like the sunlight, have the idea of going for picnic during rest time.” When asked if he would like to watch cheery blossom with girlfriend, he said, “I thought of it for a long time. But perhaps during the thinking period, the cherry blossom has bloomed 4~5 times,” provoking laughter.

2 responses to “Lee Seung Gi: Ha Ji Won the Dream Lover is Attractive as a Woman”