Description of lead characters in the Korean drama Protect the Boss, with the casting information. 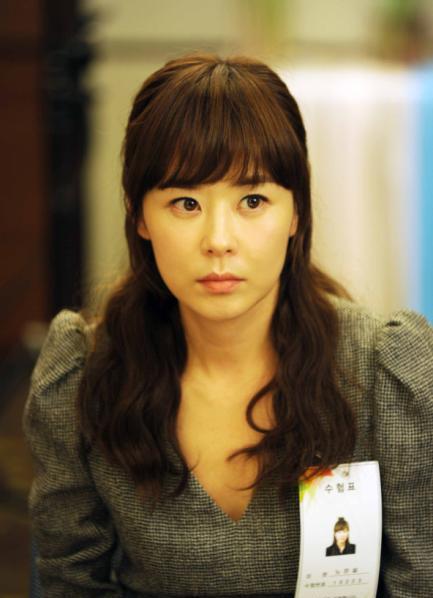 When rumor of Cha Ji Hun has changed 100 secretary is making its round, no matter you believe or not, there is one girl who has already attended 100 interviews, she is No Eun Sul. Graduated from non-prestigious university. Every time she hears news of suicide due to pessimism in getting a job, she feels that is the representative of unemployed youth. At one time she was called rare female of legend. While appearance looks fragile and weak, she has strong bone density and endurance, and knows martial arts. Wait, martial arts? Is it the kind of Wing Chun, Tai Chi? The one used by Michelle Yeoh, Zhang Ziyi in the film? Yes, that kind of martial arts!

When Eunsul was five. Her father, No Bong Man, is a loser who cannot adapts to social competition who just sigh. He gives up social life, and goes to mountain. Her father completely lacks of determination and drive of better future. At this point, because of the strange opportunity to go into the mountain, began to embark on a child’s dream – martial arts. As a result, Eun-Seol suddenly becomes the daughter of self-declared martial arts master. Wrong, she herself actually becomes a martial arts master.

Walks a few hours to the school in town, gradually becomes an expert of surviving the nature, everyday learns the martial arts with father, she lives the life as such for thirteen years. Eun Seol can no longer tolerate such a life, decides to be dedicated.

Not wanting to live like father, hope to be like other people in sthe ociety and live an ordinary life, Eun Sul descends the mountain after had a fierce duel with father. Eun Sul has full hope of the future. Like her peers, she can chat with friends, can also like celebrities, longing to have a sweet ordinary life. But it’s just illusion.

Study in a school in the countryside, coupled with self-study, it’s difficult to keep up the pace with the children in Seoul. Does not know if children in Seoul mature earlier, busy with studying, and ignore Eun-Sul who came from the village.

When interview, she is honest with graduating from third-rate university, but the result is frequent failure. Never give up, after endured many trials and incidents, she was hired as the dispatch secretary for Cha Jihun after suffering much difficulty in acquiring a job. 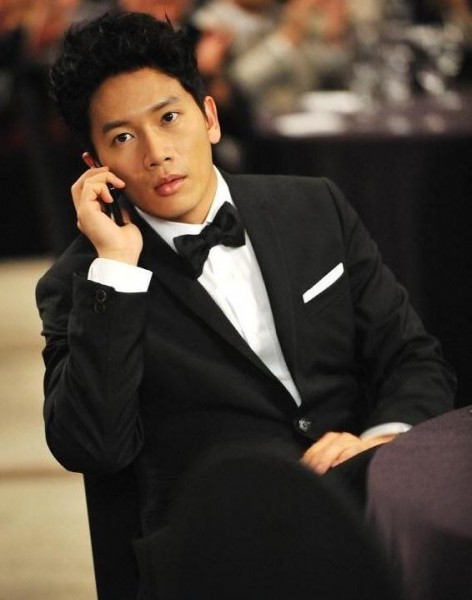 The second-generation of a bad chaebol which looks good on appearance. Son of Chairman Cha of a large enterprise C Group which ranks within top 10 in business community, also the team leader and department head of Business Strategy Team 1. Very prominent. Handsome and good sense of fashion, praising will get no end. Slender fingers get the women to talk about, plus (at first glance) sullen eyes, is a male who can also finish piano performance.

At this level, he should be the first choice of bridegroom for many rich family with daughter. But, he is rotten inside. He is declared as a bad product with quirky personality. Completely different from the type of son his father desired, is idle. reckless, impetuous and not reliable operator. Use every reason to late, leave early, absent, like brows will crumple when go to work, headache when watching tons of documents for him to sign. This time what reason will he find to escape?

No matter Ji Heon care about the company or not, the company still operate normally. Initially he signs and approves just as a show. His office is like an isolated island, nothing to do with the company operation. As a result, not only his father, but including staffs do not trust him. Of course, except a few female staffs who are appearance supremacists. Staffs will bow before him, say hello, but at the back busy exchange gossip about him.

The rumors include able to join US University Football League, and scandal with whose whose, or he is gay. Company’s President must be wanting to expel him from the family tree. Of course, the press and securities sectors have helped to fuel the gossip about him.

Comparing the column of management, economy and people, Ji Hun is more frequently appearing in incident, accident and gossip columns, is the main contributor to the plunging share price of the company, is the X-man of C Group. 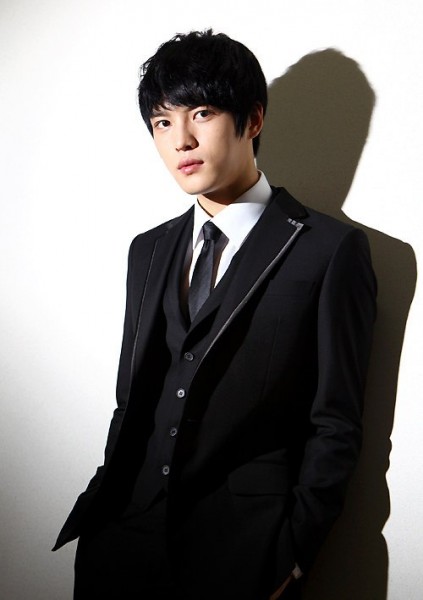 Muwon is the “Prince of Corporate World” as gentleman with the ability. Is C Group Business Strategy Team 2 leader and the department head, and is a cousin of Cha JiHeon. Sister-in-law of C Group Chairman Cha, who is also a head of a subsidiary of Group C, Shin Sukhee, is the mother of Cha Mu Won.

Although there is two team with respective leader, actually Muwon also responsible for Strategy Team 1 belonged to Cha Jiheon, is the real person-in-charge within the group. He is good in anticipate others’ minnd, so is excellent in dealing with people. He won’t lose his gentleman style at anytime, and is called “Price of Financial World”. When Jihun is having more gossip because of scandal, Muwon is fully reported as young operator of second-generation with strongest ability and responsibility. Although over-praised, it’s by no mean a false words.

Mu Woon receives a thorough management lessons from his mother Shin Sook Hee since young age. After entering the group, he achieves very impressive performance in short time, and been trusted by Chairman Cha and all internal staffs. Thus, in the securities sector, there is speculation that the next CEO of Group C may be Mu Woon and not Ji Hun.

Of course, the original goal of him is in fact that total control of the group. Muwon inherits this ambition from his mother. Originally, the position of Chairman for C Group does not belong to second son who is the current Chairman Cha, but father of Mu Won who is the eldest son. But Chairman Cha chased away his elder brother and take over the ownership of the group, causing Mo Won’s father no longer the mainstream of the group, and eventually passed away. Although the cause of death was cancer, but Shin Suk Hee and Mu Won blame the death on Chairman Cha.

After that, the outcome of the negotiation with Chairman Cha is that Shin Suk Hee directly in charge of operating subsidiary of her husband. Shin Suk Hee manages the company with anger and hatred of all her life. She who has the means and capacity of a female CEO, she manages to gain control of the position, but this does not subside Shin Suk Hee’s angry, she wishes to wrest the control the control of the company to realize her husband’s ambition through her son, Mu Won. 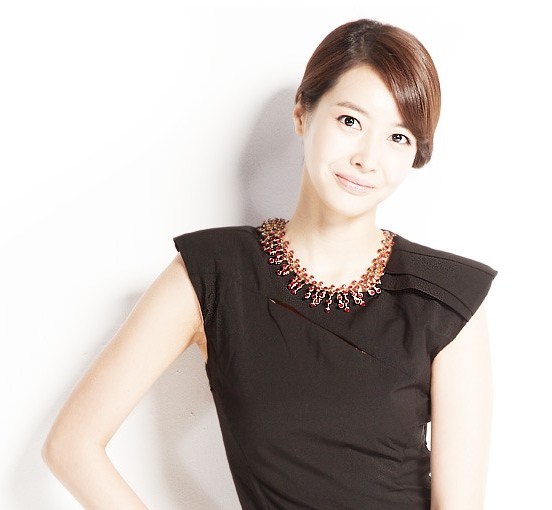 Woman all perfect in appearance, ability, family and everything else, equally ambitious and competent as Cha Muwon. First love of Ji Hun. Eldest daughter of P Group, an international attorney. After coming back to the country, she works as C Group’s counsel under introduction of Shin Suk Hee. She is a perfect woman which does not overdo or underdo, and has everything lovable in the world in one body. Although she hates her mother Director Hwang who is perfectionist, but ironically, she is exactly the same with her mother.

Na Yoon is in good relationship with Ji Hun since young, and discussed about marriage. But because of her arrogance and Ji Hun does not want to give up dream of freedom, she opted to study abroad. But, she is still in love with Ji Hun. After coming back from studying, she still hope to catch the love of Ji Hun.

However, beside Ji Hun, there is already a woman – Eunsul. Nayun wants to get back to the side of Jihun with the help of Mowon, but finds out that Jihun has loved the secretary Eunseol. Originally thinking of engaging with Mu Won to form an alliance, but Mu Won tactically rejects her. Nayun who only shows her truth in front of Mu Won, has in fact unknowingly develop love hormone for the two guys. 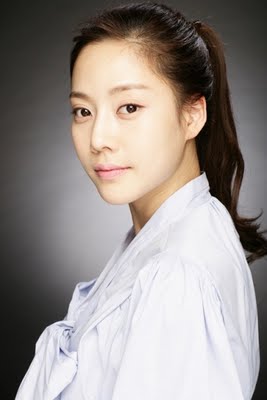 Cha Muwon’s perfectionist secretary who has the best credentials, having graduated from top university and is fluent in four languages. Hayoung harbors romantic feeling for her boss and vows to guard against Cha Jihun and No Eunsul who stand in Cha Muwon’s way.

One response to “Protect the Boss Cast Characters Description”