On the afternoon of May 1st, 2012, Choi Woo Shik who plays the role of Do Chi San in SBS drama series “Rooftop Prince” tweeted on his Twitter account, “We appear on the test paper,” and uploaded a photo.

The photo shows that the dialogs between characters in “Rooftop Prince” appeared on the examination papers.

Netizens commented on the photos, “Very popular, examination authority also uses it,” “Really is the trend of Crown Prince” and so on.

Subsequently, some other photos which show the questions based on “Rooftop Prince” on exam papers also been tweeted to Twitter. Currently, it’s the season of midterm examination in South Korea.

The translation of the questions appear on the test paper listed below the photos. 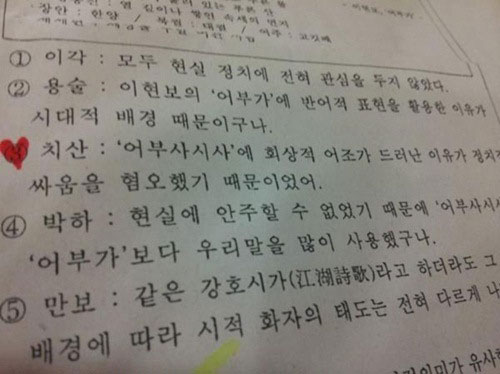 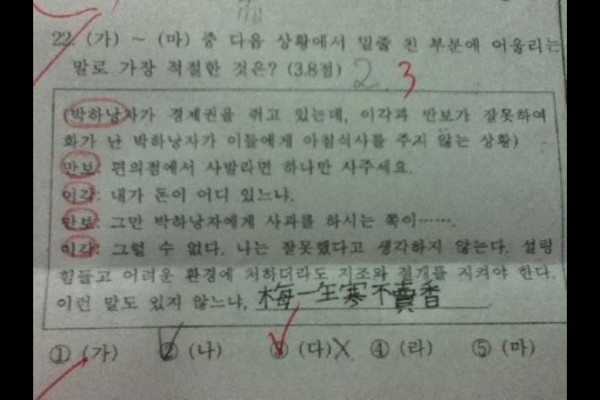 A question to select the appropriate auxiliary word for the underlined sectio.

Lady Park Ha controls the economic power. Because of Lee Gak and Man Bo did something wrong, Park gets angry and do not make breakfast for them.