According to the statistics from AGB Nielson ratings research company, the rating of Rooftop Prince episode 6 aired on the evening of April 5th, 2012 increased by 1.3%, setting a new high rating of 12.5%, defeating The King 2 Hearts for the first time since debut to crown the ratings champion among all dramas broadcast at the same time.

The ratings of The King 2 Hearts have shown a downward trend after the premiere. The rating of the 6th episode of drama aired on the evening of April 5th, 2012 decreased by another 1.4%, ranked second on the ratings chart with 12.1% rating. 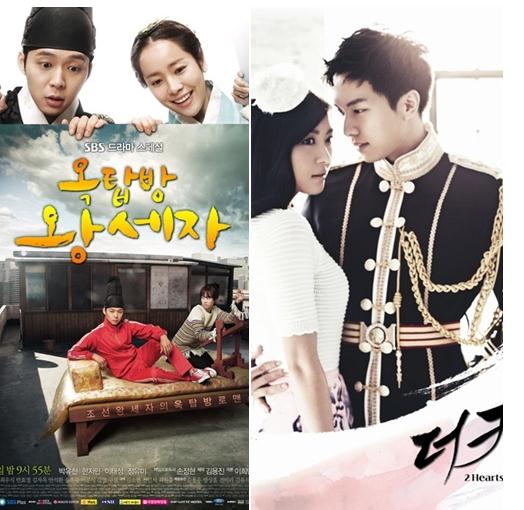