“Star living in rooftop room,” he is called “bragging man.” Even if no money, when buying 900-won instant noodle, he will give 100 won tip, even the sense of reality is “empty.” When going out, nobody knows him, and also must wear sunglasses. aunt of the supermarket asks him to sign on the credit card receipt, he still uses unhappy look to ask her, “What’s your name?” To the “ugly” extent of “my face is not everybody can see.” This is the look of singer Kim Won Joon in the drama.

Kim Won Joon is playing the role of ex-star “Yoon Bin” in KBS2 weekend drama “My Husband Got a Family“. His “hypocritical acting” has become a topic. Singer Kim Won Joon never encounters the scenario in “My Husband Got a Family” where “Oh, he feels very confused when he is asked whenever encountering elderly if he is really like Yoon Bin ‘used to stay in rooftop room of 10 million won deposit and 30 thousand won monthly rental’”

– People gave evaluation of “very realistic” for the acting of “failure star” Yoon Bin, and even some audience feels that “it’s very similar to Kim Won Joon in reality.”

▲ A lot of people thought that this is really my story, I was astounded. This is certainly not the true story. I have not performed in front of the glasses shop, I am also not the singer who would use violence to the agent. (Laughs) At first I was very confused, but I still feel very fortunate to be able to receive the assessment of “act like real.”

– It seems not easy to accept the role of the Yoon Bin.

▲ Very depressed, worried that my story is not shining enough. I was still half in doubt when production team came to negotiate. Later the writer seized me in front of the KBS office, and convinced me, “You can play well Yoon Bin.” The role of Yoon Bin conveys a mentor of a belief and hope, I was thinking “Why Yin Bin pass this role is the mentor of a “belief” and delivers hope, I was thinking “Why insist on wanting me to play the role?” At home, the writer’s phrase of “Think of it carefully” has been lingering in my mind. With the mindset of “regret after acting” is better than “regret for not acting”, I decided to play the role in the end. After really decided, I have the strong desire to leave strong impression to viewers. If this is not that is not, then it won’t leave any memory. So I decide to drop everything and focus on the role of Yoon Bin, joining the shooting of the drama with the thinking that “Kim Won Joon can do it.” Most of my friends cast doubt on me who is freshman in acting class, but the response of many is amazing. 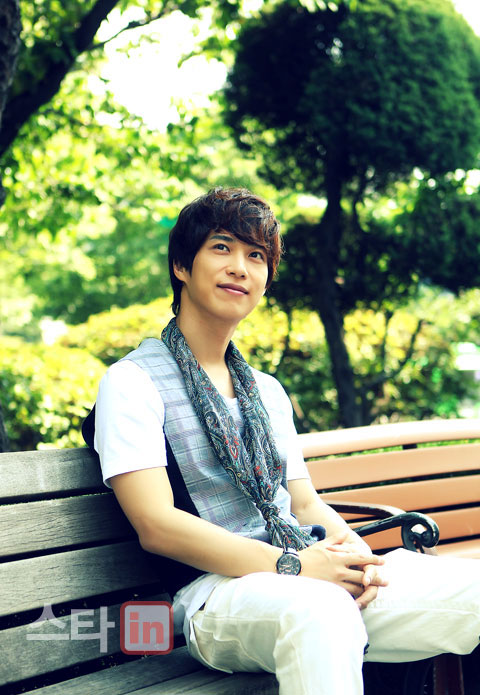 – In the drama, the story of Yoon Bin that impressed Kim Won Joon.

▲ The scene of Yoon Bin fired by Misari cafe left me deep impression. President said, “I found others, you can not coming to work now.” Yoon Bin said agitatedly, “What did you say president?” During the shooting it’s very sad. And also the scene of eating instant noodle with Bang Jang Goon (Kwak Dong Yun) on the rooftop is also memorable. Jang Goon tells father (Kim Sang Ho), “If brother or sister is born, but I’m obsolete. It’s not easy to accept this sudden change. I will quietly hold my position, as if Teletubbies sadly look at ultra popular Pororo.” Yoon Bin says on the verge of tears, “Classmate, I feel like I can understand how you feel.” Ah, could not hold it. (Laughs)

– What are the similarities of Yoon Bin and Kim Won Joon.

▲ “Creative singer,” “has title song,” is it counted? The character of “bragging” is also a bit similar, but the real me stays at “my home”. (Laughs)

– What is the impression of “Seo Taeji airport fashion”?

▲ When the script just come out I was shocked. What was the playwright thinking? (Laughs) If it’s just a joke then it’s really fun. I hold brother Tae Ji in awe and veneration, I am also growing up listening to the music of “Seo Tae Ji and kids.” I feel thatthis is some sense of “tribute,” so no matter it’s wig or glasses, I look for the exactly the same one.

– Yang Jung Ah appears as the fan of “Yoon Bin syndrome”, you both cooperate well.

▲ Sister (Yang Jung Ah) is just like catcher on baseball field, really accepted my acting very well, as if it is because of sister, that I can act in formal drama with my insufficient acting skill. She will use the method of “try this first” to adjust the “quality of my return ball.” Recently when shooting the scene of “Seo Tae Ji airport fashion” at the airport, sister also gives me a lot of help. At the beginning sister proposed that is she pretends as the Japanese fan, then I can greet her in Japanese, this shocked me, I feel it’s magical. Then the sister said, “Since you’re a popular hot star, able to say the simple Japanese is a very natural thing,” and proposed to the production team. And I naturally accepted this kind of expression, and in the end the drama also broadcasted as such. 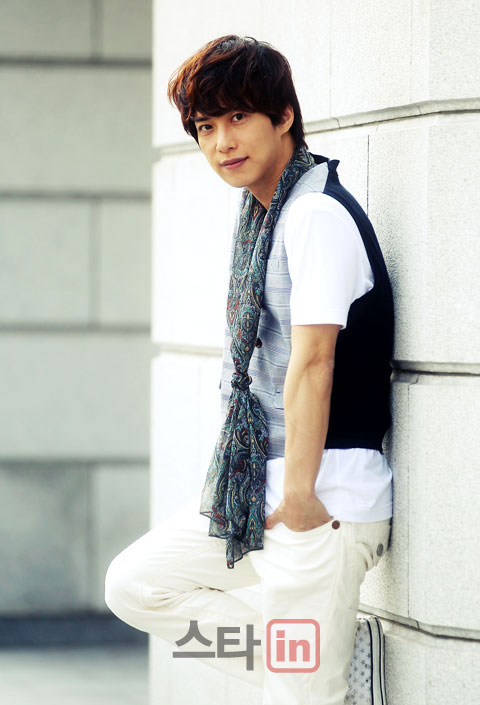 – What’s the meaning of “Yoon Bin” to Kim Won Joon who debuted for 20 years?

▲ The popular drama of my life? After debuted, although I have popular songs, but there is no popular film and drama. From the cultural point of view, Yoon Bin is just like letting the audience time travels, it’s the window that everybody share the common memories of the past.

– Very curious about the future of the Yoon Bin.

▲ Writer said “will drop through the rock bottom.” His dream can be achieved only after hitting the bottom sadly. If you look around, you will find people is very tired and very hard. Hope Yoon Bin can become the role that those hardworking people can find a little solace and strength.

– Now is no longer young, it’s a little late in getting married?

▲ Recently the subject of my prayer (Won Joon is a Christian) is “I want to find the good another half.” I always frequently watch SBS’s “Couple Jjak”. (Laughs) (Couple Jjak is a SBS blind date variety show)

▲ Yoon Bin is part of my (life), many people said it’s like seeing the documentary of Kim Won Joon. However, when I was part of VEIL, I would also chew gum and spat. (Laughs) In the world of music, my soul becomes free, would also like to continue to do (music). As an actor can achieve my dream to try different roles that are out of my upright image. Actually before accepting the role of Yoon Bin, many drama proposals want me to play well-dressed and good-hearted manager role. But I chose the role of Yoon Bin, this is the change that even myself did not expect. If there is opportunity in future, I want to try villain role, just like the serial killer Harry Connick in the movie “Copycat”, I often dream of it.