A woman who is drinking coffee appeared in the sageuk historical drama “The Moon that Embraces the Sun.”

The episode 5 of The Moon that Embraces the Sun broadcast on January 18th, 2012, tells the story of Yeon Woo (Kim Yoo Jung) is expelled from the palace due to illness and the worries of her family. 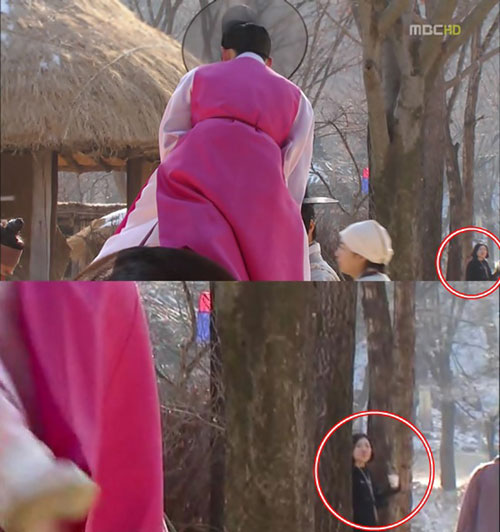 But, in this tear-jerking scene appeared an ironic goof. At the far end of the scene, a visitor who seems to be visiting the folk village that the filming took place appeared on the screen, with something around her neck and hand holding a coffee.

Seeing the anachronism goof, netizens said, “So there is coffee-drinking woman in Joseon Dynasty,” “That person was also seriously looking at the filming scene,” “This is a drama full of problems,” response was overwhelming.

One response to “The Moon Embracing the Sun Goof: Coffee Girl Found 100 Years Ago”