The graduation photos of Yoon Seung Ah were made public.

Recently on an online community bulletin board, the graduation photos of Yoon Seung Ah during her study period were published, attracting people’s attention.

Yoon Seung Ah in the photos were graduation photo of junior high school and senior high school, where her big eyes and distinct facial features are attracting people’s attention. Internet users have admired the outstanding appearance that looks no different from now. 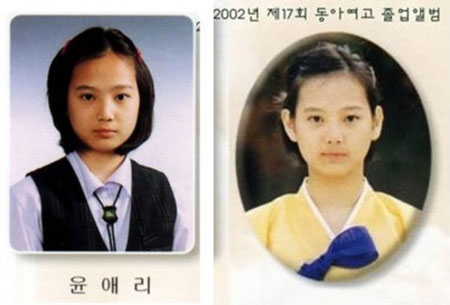 Seeing the photos, netizens said, “The same face in the past 10 years,” “Unlike other artists, do not appear rustic,” “Ah, I optimistic about The Moon Embracing the Sun” and other responses.

On the other hand, Yoon Seung Ah is getting attention for playing the role of bodyguard for Yeon Woo in MBC drama series The Moon Embracing the Sun.