The left-hand men of Hwon and Yeon Woo met.

In the drama, Yoon Seung Ah and Yoon Hee Suk are the main characters who are confidant and indispensable for lead characters Wol (Han Ga In) and Hwon (Kim Soo Hyun). Their acting in the drama is impressive. 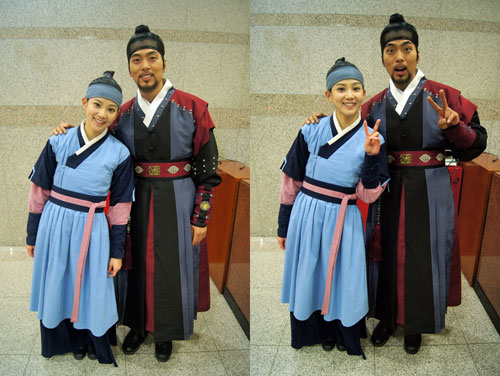 In addition, the “national drama” The Moon that Embraces the Sun which refreshes its highest ratings record on every new episodes is airing episode 13 on 9.55pm of February 15th, 2012.