At the moment, the audience prefer to see in the TV series romance that is tear-jerking. This may be because it’s love story that is hard to achieve and can’t achieved in reality, can be miraculously achieved on the TV screen.
The viewers who are full of fantasy and indulge in the romance of the drama mostly is female. People who used to be totally attracted by proud and indifferent Hyun Bin of Secret Garden, handsome but attentive Cha Seung Won, and cold and rebellious but cute in love Shin Ha Kyun in Brain is also these female audience, they become the fans who show special preference of the male lead actors.

The MBC TV hit series The Moon that Embraces the Sun is also similarly attracted the attention of fans on debut. The flower prince quartet is Yeo Jin Goo, Lee Min Ho, Lim Si Wan and Lee Won Geum won the praise of many viewers, and emerged a new group of fans. 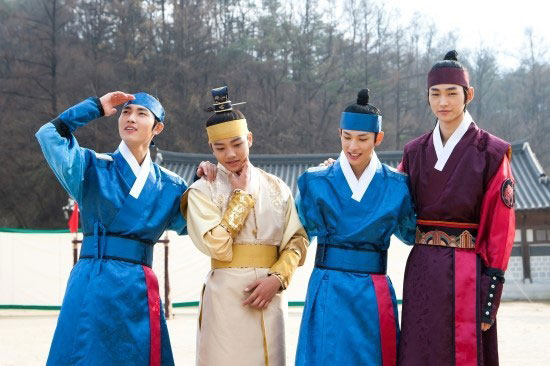 This is different from the prior situation where the actors who received attention are adult actors. The drama has just aired for 3 episodes, and already achieved 23.2% viewership ratings, the result is contributed by outstanding outstanding performance of the young actors.

What The Moon that Embraces the Sun is attracting the female viewers are the excellent acting of the young actors. Yoo Jin Goo who used to join the filming of Sad Movie, Yeon Gaesomun, Tazza: War of Flowers and Iljimae and gain rich experience is attracting attention of female viewers with his European style beauty with big nose and big eyes.

Lee Min Ho who plays the role of the king transforms from his cute image when filming SBS’s sitcom Soonpoong Clinic, and is winning critical acclaim with his perfect acting.

Lee Si Wan and Lee Won Geum who debuts with the drama The Moon that Embraces the Sun ae also fascinating. As the member of ZE:A (Children of Empire), Lee Si Wan has the handsomeness of male idol, and won the praises of female viewers with stable acting during filming. Lee Won Geum also perfectly reproduced the feelings and personality of knight Woon.

Interlocking plot and acting performance of the young actors in the drama can be said as the important reason for the drama to occupy the top spot in popularity. The shooting of small actors left only 3 episodes, and this has made the adult actors who will debut soon feel the pressure. Viewers who are looking forward to the romantic love story by the flower prince quartet are requesting the extension to the share of young actors. 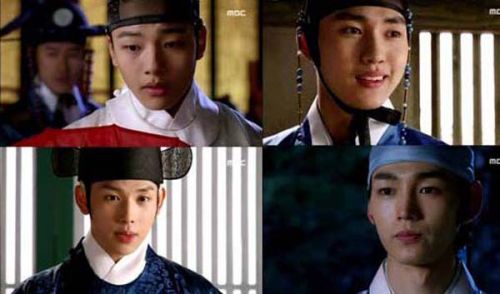 In this regard, the director said, “The attention of viewers to child actors may increase the psychological pressure of adult actors, but it also becomes the motivation to do seriously in shooting, so everyone is focusing on rehearsals.”

However, the female audience has head over heels in the charm of these small actors. For the viewers to go back to the drama from the indulgent in the young actors, it requires even more efforts by adult actors.