Acting Is No Longer Too Hard for Son Dam Bi

On the Lights and Shadows press conference held on the afternoon of March 19th, 2012 at Ilsan, Son Dam Bi expressed her thoughts on the praises on her second challenge on acting.

Son Dam Bi continued, “Now I am still a new actress, after meeting with senior actors, they gave me a lot of guidance, especially senior Ahn Jae Wook gave me a lot of help. Correct the rhythm of my speaking. Without these seniors, I might get bad reviews.” 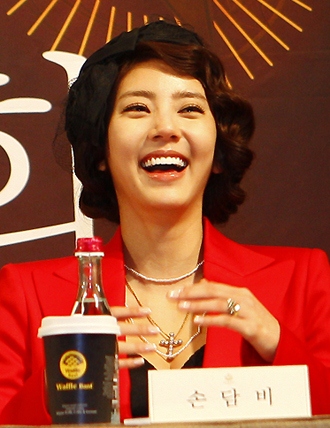 Son Dam Bi also said, “Very curious about how will the role I play in the drama changes. Besides, also looking forwards to viewership ratings, hope that the ratings in future will be as good as currently.”