Ariel Lin on Break Up: Has Hope is Most Important

Recently, Ariel Lin admitted that she has separated with boyfriend, the host Chang Hsiao-yen
(Zhang Xiao Yan or 張小燕) is worried that she will cancel the appointment due to bad mood. Ariel smiled and said, “Aw! Won’t! The work that has to be done still have to be done.” Although she appeared strong, but Zhang Xiao Yan was still not rest assured and tried to enlighten her, Xiao Yan asked, “If you want to talk about love then just talk about it, if you don’t want to talk about if also never mind! Do you have panic disorder?” Ariel Lin expressed “still believing in the right person will appear” with tone with slight sadness, she answer, “I always believe there is such a person, whenever I am together with anyone then I feel that it should be him, but however still cannot be together in the end, and then, I will always hold the hope for the next one to come.” At this point, Ariel Lin sighed a long breath, and continued, “Anyway, basically has hope is the most important, hope can support a person to walk to the end.” 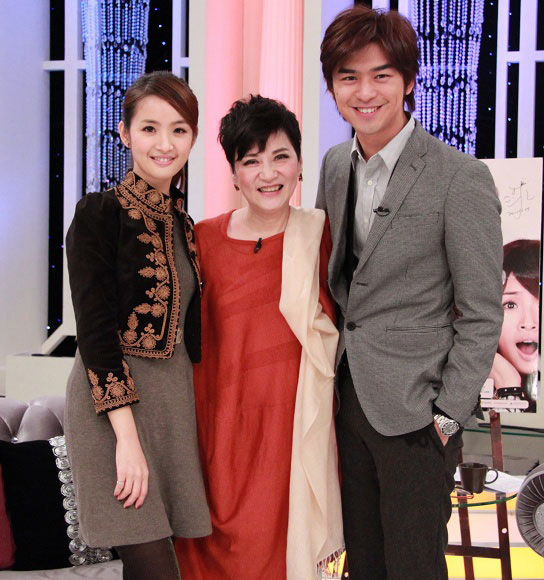 Having said that, Zhang Xiao Yan told her in sincere words and earnest wishes, “Whether you are artist or ordinary people, man and woman in relationship, each other will pass through stages of testing if possible to get along, family background and so on. For your next love, you have to tell him that I am celebrity, please live the life like me, and I will blend into your life too.” After talking, she wants Ariel Lin to find such a guy next round, Ariel Lin lower her head, and chokingly said “yes.”

Then, Zhang Xiao Yan asked good friend Chen Bo Lin at the side if he consoled her. He said that he had encouraged her but a lot of things still depending on her own to walk out of it. He said, “I listened to some of her thoughts, I think each person is different so must find own way of looking at things, a lot of things it’s useless to teach, but required personally digest.” Ariel Lin beside very agreed with his saying, nodded and said, “The method with one party can live with, the other party not necessary can live with.” 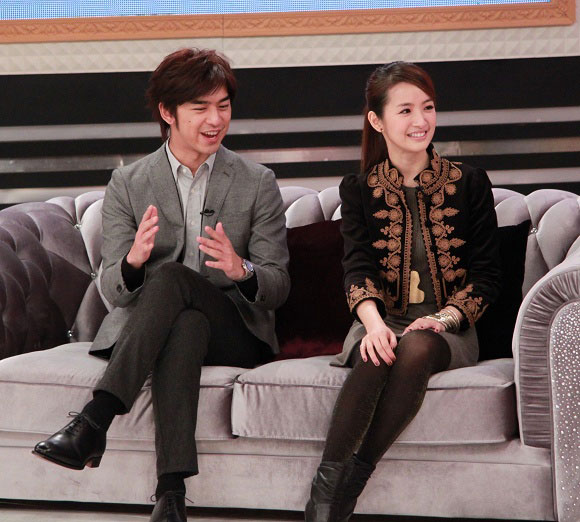 To Chen Bo Lin, breaking up is not a bad thing, Zhang Xiao Yan feelt that the sentence has substance, and even shouted out to the program’s producer with the sentence, she laughed and said, “I want to enlarge this sentence, because our producer still in the break up period, you both should encourage him.” Once finished talking, Ariel Lin and Bolin Chen shouted in unison, “Break up is not a bad thing,” arousing laughter from the viewers.

Then, Zhang Xiao Yan asked the current relationship status of Chen Bo Lin, he replied that he is currently single, and in his life there are a good 40-50% of the time he is together with good buddy Jaycee Fong. The two’s magnetic fields are similar, very understanding of each other. He even laughed and said, other internal organs, they have saw everything, and even joked, “If he is a girl, I will be with him.” 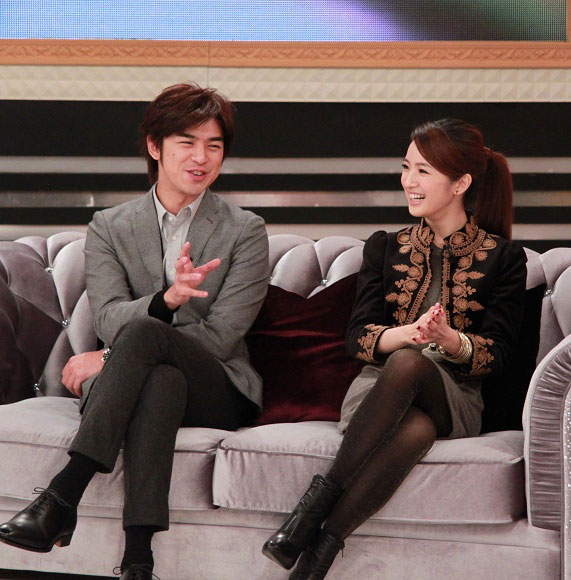 Finally, when asked about the rumor of co-star in the idol drama In Time With You (I May Not Love You) Sunny Wang Yang Ming and Rainie Yang Cheng Lin, Ariel Lin said she has no idea, while Bo-Lin Chan said that he only knew after reading it in newspaper. Zhang Xiao Yan said with a laugh that they together for filming everyday yet does now know his recent situation, and then asked Bo-Lin Chen if he would jealous of Sunny Wang, Ariel Lin immediately went on to say, “Not at all! Cheng Lin and him are brother and sister.” He laughed, “They said I am very similar with her, because the mole on our face is on the same side.”

Zhang Xiao Yan intentionally took advantage of Sunny Wang not on the scene to ridicule him, and asked Bo-Lin Chen, “When Sunny Wang was acting with you, did he good to you?” Bo-Lin Chen matched up with her, nodded and said, “Was very good to me! No wonder he likes to stand on my right.” 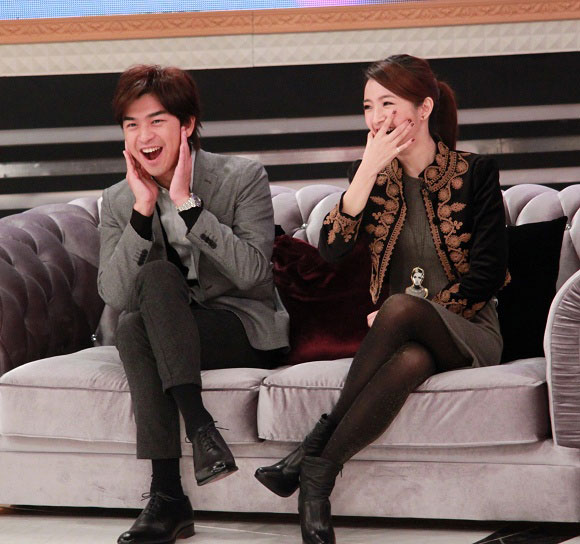