In Time with You 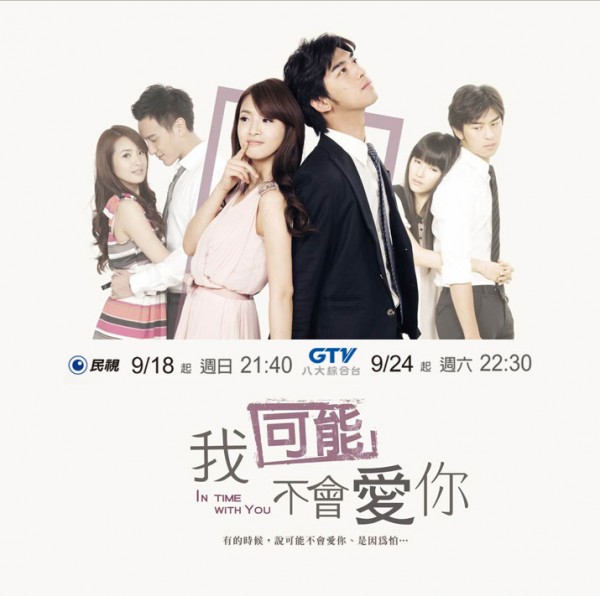 Preceded By: Hayate the Combat Butler
Followed By: Skip-Beat!

In Time with You Cast Characters Description

Cheng You Qing is a section manager for shoe department of a departmental store, used to have several boyfriends, bringing sadness, body hurt, and heartbroken. On the day of 30th birthday, she is still alone, and receives an email on “the symptoms of premature aging” from Li Da Ren, her best friend of 14 years, and the only one who wishes her Happy Birthday with a true heart. Li Da Ren is a ground supervisor for an airline, young and promising, have several girlfriends before, but the relationship lasted very short.

They have not been on the same term since secondary school, but under strange combination of circumstances, they manage to stay together, but are always just friend who can’t fall in love. Unable to accept that Li Da Ren is like a fine wine that will get better with age and she is like a grape that will dry into a raisin as years go by, she makes a bet with Li to see who will get married first before they turn 35. The winner will get a NT$100,000 red packet money.

And, she who fells she is attractive starts to look around for a potential husband, she discovered that she was surrounded by unacceptable candidates, like gay assistant or cheating ex-boyfriend. The only man who can love her despite her ill temper and stubbornness is her best friend. The only problem was that they both swore that they were not or will ever be romantically attracted to each other.

He used to tell her, I may not be loving you. In return, she rebuffed: Thank you, appreciate it. He doesn’t know why, that his only criteria to be his girlfriend is that must accept her existence. And, he doesn’t know why he can’t let her be alone, and he doesn’t even know why he and her world is mixed together. Is it because they’re too close just like a family, and that’s why they can’t be together?

He used to write a song for her, but can only sing it alone. After a long time, she only gets to know that, I may not love you in the lyric, is actually… I love you.

23 responses to “In Time with You”