Daniel Choi who is playing the role of genius hacker Hades in SBS Wednesday and Thursday drama “Ghost” is encased in full-body cast as his whole body is burnt and bone fractured due to factory explosion. Apart from nose, mouth and eyes were exposed on the outside, the whole face was wrapped in gauze, while limbs are tightly bandaged. Daniel Choi who is heavily injured not unable to walk normally, but also cannot eat, and can barely use a straw to drink water.

On June 4th, 2012, SBS has revealed that real plaster cast was used, “Applying the full body plaster cast dressing required five hours. And such a dressing had to be done five times to complete the shooting. Although very tired and very hard, but Daniel Choi persisted professionally.” 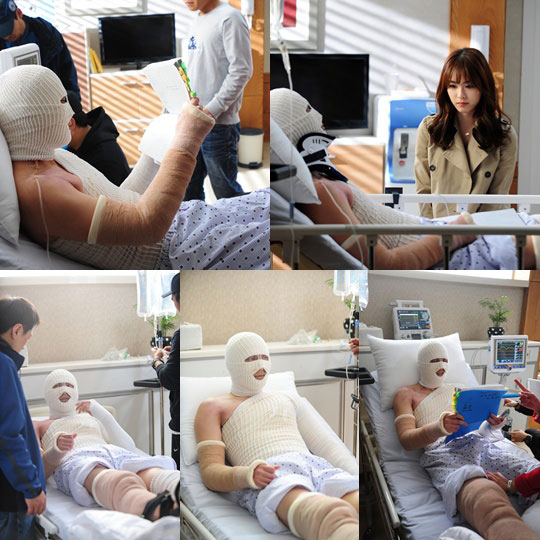