The two lead stars in Protect the Boss, Ji Sung and Choi Kang Hee, won the Best Couple Award of 2011 SBS Drama Awards held in the evening of December 31st, 2011. They’re the ‘boss-secretary’ lover in the drama.

In an interview before the ceremony, the two persons had already called each other as “best partner,” and praised each other as “the best gift personally received in 2011,” and they were surprise and happy when eventually won the Best Couple Award.

Choi Kang Hee was difficult to mask the joy in her heart, “This is the first I win this drama. Protect the Boss is the gift of God to me in 2011.” 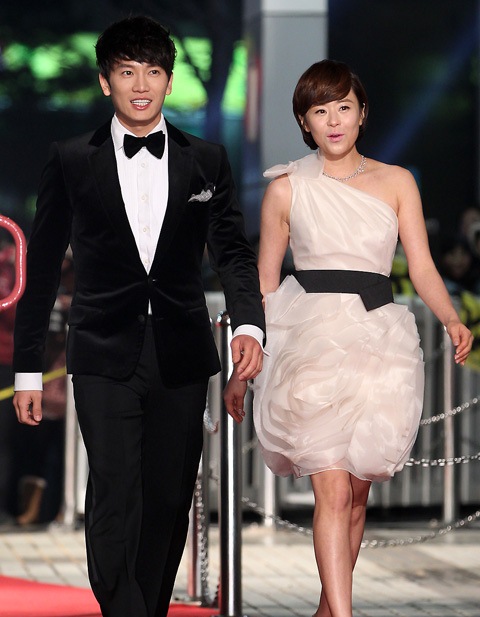 Ji Sung said, “I never thought of winning this award, but I am really happy. Congratulations to us!”