Ji Sung Now Has Sasaeng Fans Thanks to Jaejoong

Ji Sung conveyed the friendship with JYJ’s Hero Kim Jaejoong who appeared in the drama Protect the Boss together with him. In the interview, Ji Sung said, “Because of Kim Jaejoong, I become a teenage idol who’s not a teenage idol.”

“When I saw fans of JYJ’s Kim Jaejoong came to the filming venue to encourage him, and watched his filming, I felt that Kim Jaejoong really has endless charm, and also felt very affectionate. However, one day suddenly Japanese fans appear in front of my house can also wait for me (laughs), usually, fans don’t go to actor’s houses, but after shooting Protect the Boss, I have gotten the so-called “sasaeng fans” (fans who stalk celebrity’s private life), it’s really amazing.”

Ji Sung who unwittingly becomes an idol star through this drama was not selfish in his praise for Kim Jaejoong. He said, “Kim Jaejoong let me dispelled all my prejudices about idol groups. Through Kim Jaejoong, I know that current idol stars have great strength, just like how they lead the Hallyu Korean wave, and are very hardworking. Kim Jaejoong always dreams of becoming an actor, and now that he stepped out a solid step, I’m really thankful for his hardworking attitude, and his efforts changed the entire atmosphere of the drama.” At the same time, Ji Sung expressed his sincere friendship with Kim Jaejoong, who he had formed a close bond through the drama. 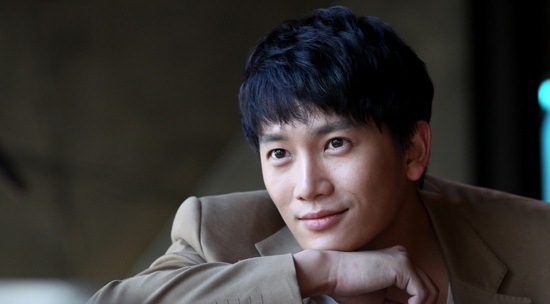 “To me, being able to act with Kim Jaejoong was a great experience,and there were many interesting scenes that we acted together. Even when we shot the quarrel scene there were laughters, personally I feel that I have gained a good younger brother, so it feels good.”