The Kim Kyung Tak which is played by Kim Jaejoong is slightly different from the majestic image which is imagined everyday. He is a military officer with slightly sad eyes, and producer has mentioned that this is the charm of this role. The producer also said, “Kim Jaejoong is praised for his performance as Kim Kyung Tak who has iron fist in a velvet glove. The unreal appearance and attitude as if walking out from the comic attracted the audience’s attention.” 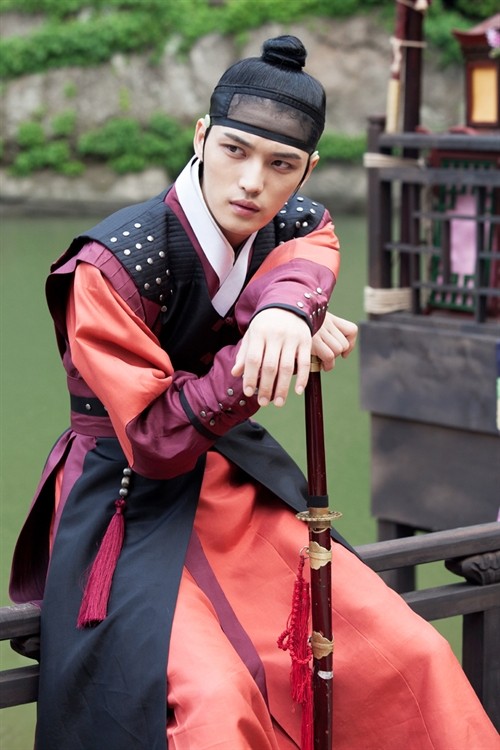 The photo was taken during the rest time.

JYJ is as if ushering in the second spring of the career after experiencing fans violence incident and the death of Park Yoochun’s father. JYJ member Park Yoochun recently concluded the “Rooftop Prince“, while the solo album of Kim Junsu has also been well received. The acting of Kim Jaejoong in the weekend drama has helped in soaring the popularity of JYJ.