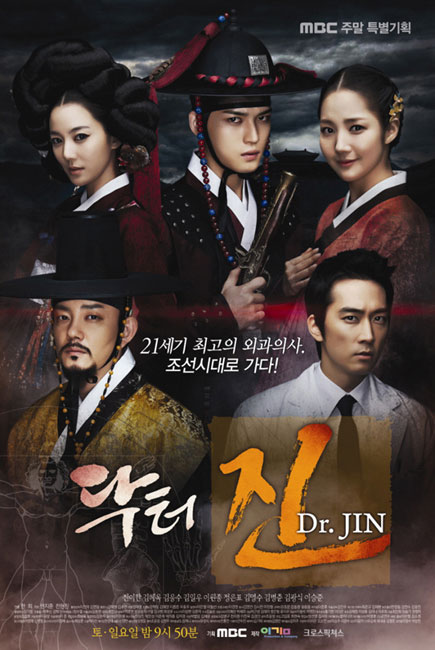 “Dr Jin” tells the story of the top doctor in 2012 who travels to the Joseon Dynasty of 1860s and cures disease with medical knowledge and skills from the 21st century.

Jin Hyuk is a gifted neurosurgeon doctor who was born in a family of doctors. His success rate in surgery hovers at 100%, is best neurosurgeon with ability to quickly analyze any situation and has extremely steady hands. He has cold attitude and unable to understand others’ failures in his interactions with other people due to his personal pursuit of perfection. Jin Hyuk is hurt by a woman whom he loves.

One day, through a mysterious power, Jin Hyuk travels years back in time to the year 1860 during Joseon Dynasty period. Having gone back 150 years ago, Jin Hyuk found that the medical technology is still in its infant stage. He begins treating people of the era, but the lack of necessary implements and rudimentary medical knowledge of the period forces him to develop medical devices and medicine by himself, and seek new ways to aid the sick. Through this challenging process, Jin Hyuk becomes a true doctor.