On December 23rd, 2011, Kim Bum uploaded a photo in his Twitter account, and wrote, “Merry Christmas everyone. Today, tomorrow, day after tomorrow I have to participate in filming of Padam Padam. Ha ha! Hope everybody has a happy Christmass, but please don’t forget to watch Padam Padam again on Monday 8:45pm.”

He wore a Rudolf hair accessories, exposing the angelic smile. He was either wearing a dunce cap, or stick a red nose just like Rudolph, constant posed funny action. 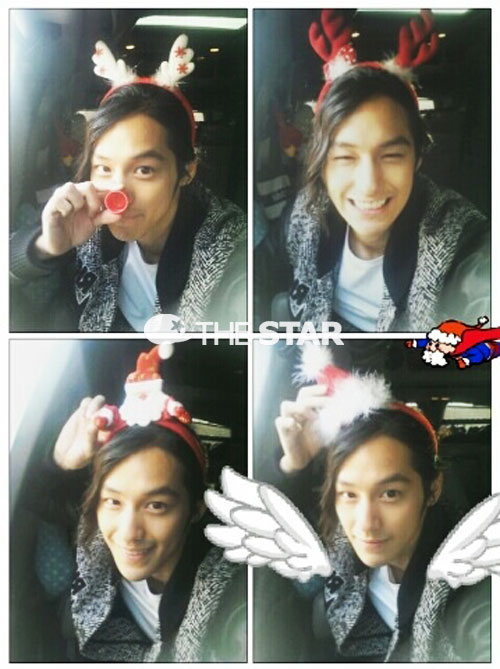 Netizens replied, “Kim Beom who has been called the angel is actually Rudolph,” “Ah, even more beautiful than me who is a girl,” “the smile is too charming,” and so on.

Kim Bum is filming JTBC’s Padam Padam… The Sound of His and Her Heartbeats.

One response to “Kim Bum Transforms as Rudolph with Horns”