Padam Padam… The Sound of His and Her Heartbeats 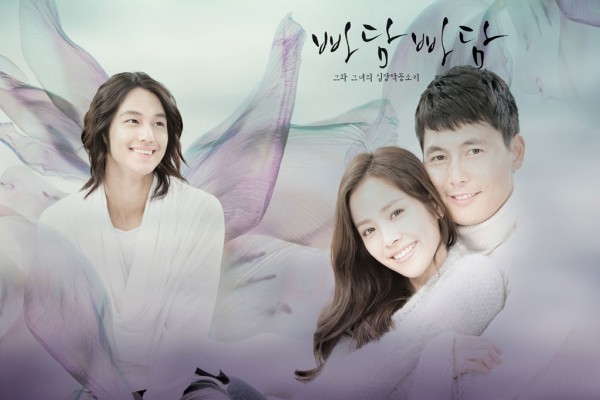 Preceded By: N/A
Followed By: Syndrome

“Padam” which means ‘to thump’ in French is a mellow drama about a man who lived life according to its own course but meets a woman he shouldn’t love and about his breathtaking love for her. It’s also a romantic love story about a indifferent and calculative woman falls into inescapable love after meeting the rough man who is loyal to friends, and finally opens up her heart.

Yang Kang Chil (played by Jung Woo Sung) just came out from prison after 16 years. He was jailed because of a murder he never did during his high school. After released from prison, he goes to Seoul accompanied by his guardian angel, Lee Gook Soo (played by Kim Bum). He meets with the cheerful veterinarian Jung Ji Na (played by Han Ji Min). Both of them starts foolishly carefree love relationship, which changes Kang Chil to be more active in the world. However, within their love hidden the descendant of Ji Na’s uncle who was killed by Kang Chil, bringing uncertainty to their relationship.