Actor Kim Rae Won is expressing a deep feeling for Kim Hae Sook who appears in A Thousand Days’ Promise as mother-son relationship.

The two people has strong understanding after cooperating in the movie “Sunflower,” and has also accumulated a lot of feelings to each other. Kim Rae Won uses “mother” to refer to Kim Hae Sook, and Kim Hae Sook also openly said: “Want to let Kim Rae Won to be son-in-law,” both of them shows a relationship that is closer than senior-junior relationship of actor.

Met Kim Rae Won on a coffee shop in Gangnam, Seoul on November 22nd, 2011, he confessed that it’s hard for him to make up his mind on this drama, “Actually before A Thousand Days’ Promise there is plan to act in other work, and even had meeting with director and screenwriter. After receiving the script of A Thousand Days’ Promise, as it’s so hard to act, so cannot decide to act in the drama once and for all.” 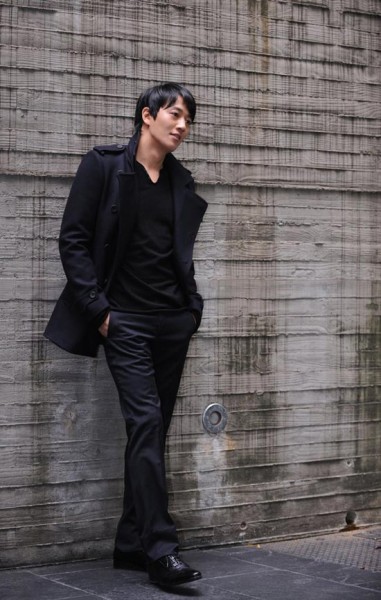 However, under the suggestion of Kim Hae Sook, he changed his comeback work. Kim Rae Won said, “Kim Hae Sook teacher said want to try to play “innocent mother of man,” strongly persuade and recommended this drama.” He added, “Teacher said if I act not good, then she will not act too, so I decide to join the drama.”

Although the work of famous author Kim Soo Hyun is very difficult, but to Kim Rae Won, with the support of Kim Hae Sook who actually has strength ands hold power, let him feels that burder is halved, and expressed the trust, “After cooperating with teacher in Sunflower, because always contact in the form of mother and son, so she understands me better than anyone else. Coupled with screenwriter Kim Su Hyun and director Jung Eul Young have had long working relationship, so I feel that if it’s recommended by teacher Kim Hae Sook then it can be trusted.”

Fortunately, he has tacit understanding with author Kim Soo Hyun, and even becomes her fan. Kim Rae Won confessed his feeling on joining the cast, “While acting in A Thousand Days’ Promise, I also become a fan of the work. Very like the bead jade-like lines, can be expressed very delicately, and has also learned a lot.”