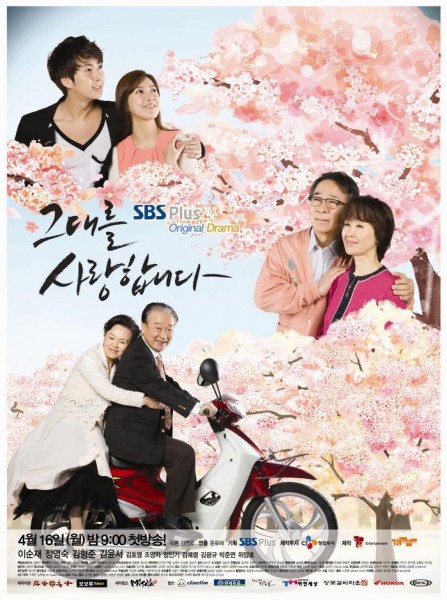 The drama depicts the love story of four alienated elders who step into twilight years, and passionate story of youths.

Kim Man Suk worked at a mid-size construction company for his entire life. He wasn’t very good to his wife and she passed away suddenly one day. Since than, he has delivered milk for 7 years and trying to atone for his poor treatment to his wife. Kim Man Suk then meets Song Yi Bun, who recycles used paper for a living, and falls in love with her.

Meanwhile, Jung Min Chae works as a civil service officer instead of serving out his military enlistment requirement. He is smart guy and attended Seoul University, where he developed a game and became a legendary figure in the gaming industry, but, because of the game he created, someone died. Afterwards, he traveled all over the world. Now, while he works as a civil service officer, he meets social worker Kim Yeon Ah who is Kim Man Suk’s granddaughter. They soon fall in love.

4 responses to “Late Blossom / Love You”