Lee Jang Woo admitted his feelings of filming bed scene for the first time in MBC new drama “I Do I Do” on the MBC’s “A Good Day” aired on June 11th, 2012.

He explained, “This was the first time I shot a sex scene, and also the first time rolled on the bed nakedly with an actress. Really very nervous. And there was using tape to cover, I didn’t even know all of these.” He added, “Sister Kim Sun Ah was especially experienced, so during filming, she guided me on how should I do.” 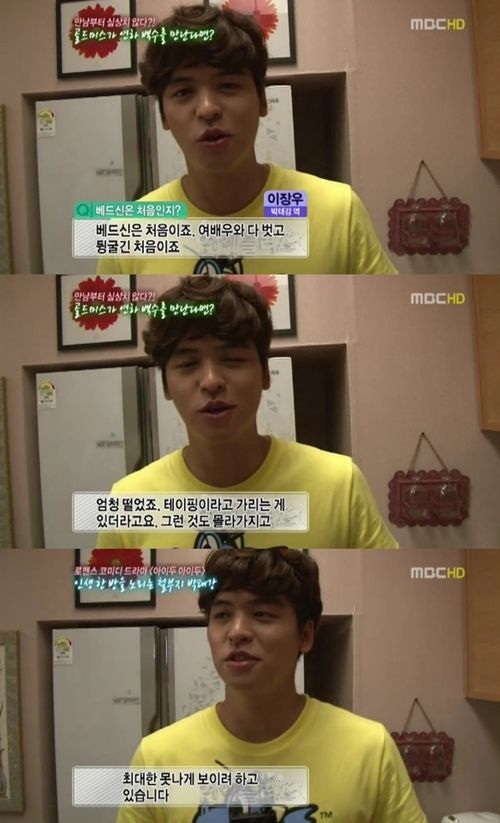 Lee Jang Woo is playing the role of Park Tae kang who overcome the limitation of been high school graduate to join the shoe company.