After achieving average viewership rating of 2.78 in its first episode premiere on August 21st, 2011, Office Girls idol drama by TTV and SETTV continue to improve to its already very good rating on episode 2 aired on August 28th, 2011. 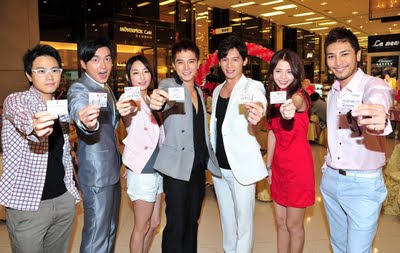 In the first episode, the average rating is 2.78, of which the category of working women has the rating of 4.25. The rating means Office Girls ranks first for all show shown at the same time slot. The second episode saw the rating gone up to 3.44, with female audience category has the rating as high as 5.41. The segment where Roy Qiu mistakenly goes into the bathroom where Alice Ke is washing managed to garner rating exceeding 4.5. 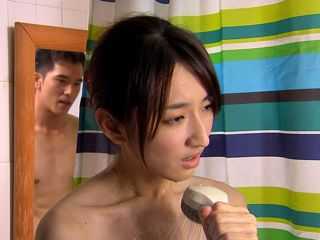 The rating is one of the best for new drama in Taiwan. It means that 1,710,00 people were watching episode 1 of Office Girls, and almost an additional 500,000 people joined the joy of watching Office Girls during episode 2, marking a total of 2,198,000 people for the second week of the drama.

As a result, the casts and crew members of the drama have been celebrating the success. Roy Qiu and Alice Ke also sang “Rooftop” (屋頂) to celebrate, the song that been sung during the bath scene.

Here’s the a few video clips of the celebration events, including interview with actors and actresses.

Casts of Office Girls wishing the success of the drama.

Interview during the celebration after Office Girls episode 1. Alice Ke was saying she watched the drama with the family, while Roy Qiu says forced happiness is not possible and hope that the drama will be attractive to audience.

Interview during the celebration after Office Girls episode 1 where the casts were talking about scenes in episode 1.

Interview after celebration for success of Office Girls episode 2, where the casts were talking about what’s coming up in the drama.

Interview after celebration for success of Office Girls episode 2. Roy Qui is promising better acting skill, and possible rewards for viewers if rating is increasing.

One response to “Office Girls Celebrates High Ratings in Viewership”