In FTV and GTV In Time with You, Ariel Lin Yi Chen is appearing with short hair style twice. Although she was wearing a wig, but still let her who always want to get rid of her long hair to be very happy, and even took up the camera to self-shoot from time to time during the gap in filming. Originally Ariel Lin planned to cut the hair for the drama, taking the advantage to change hair style, but she happened to receive the invitation to act in a traditional costume movie, and has to keep the long hair that reached the waist. 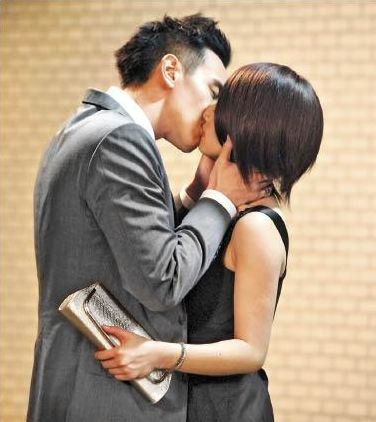 In the drama, the character of Ariel Lin, Cheng You Qing changed his style, causing her boyfriend Ding Li Wei (played by Sunny Wang) to be furious. Both of them had an argument, but in the end they’re back to make peace, and even engaged in an intense kiss.