So Ji Sub Stands Behind Acting of Lee Yeon Hee

South Korean actor So Ji Sub was sending warm words to Lee Yeon Hee who is been criticized for her acting.

On June 11th, 2012, the press conference of SBS drama “Ghost” was held at SBS TV series production center at Ilsan, Gyeonggi-do. So the press conference, when asked by reporter, “As a partner, how do you see Lee Yeon Hee?” So Ji Sub leisurely said, “You’ve read the news.” Then, So Ji Sub said with slight regret, “I don’t understand it. When partnering with Lee Yeon Ji during shooting, I don’t feel any special uncomfortable feeling at all. Perhaps when watching on TV screen, the feeling is different and awkward.”

Then So Ji Sub said, “If there is prejudice, will feel about the poor acting even more. I don’t have any feelings about poor acting at the scene. Hope viewers can give more recognition. Lee Yeon Hee has done her best, hope can give more encouragement.” 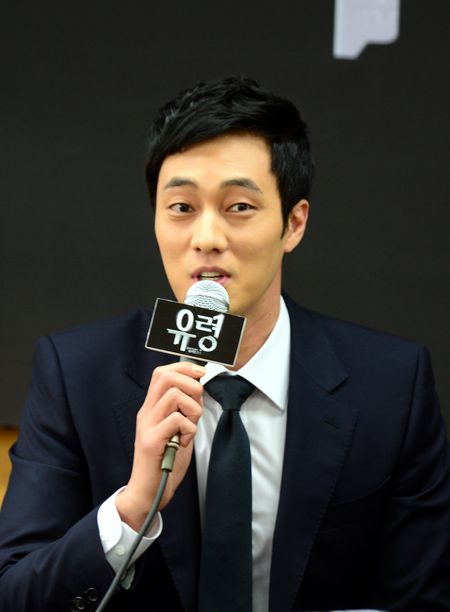 Lee Yeon Hee also said, “I also feel that I still have a lot of lacking in acting skill. Will persist on to complete the filming of drama, I personally will do my best.” But she seemed very concern about the viscous attack to herself, “I didn’t watch the news and comments on the Internet. But still hear it from people around me, personally I understand that there is a lot of inadequacies, I’m working to improve.”

Lee Yeon Hee is playing the role of Yoo Kang Mei who is the excellent graduate from police university in “Ghost”, but is hated because of outstanding appearance. In the drama, the pronunciation of Lee Yeon Hee which is like reading and obscure acting are highly controversial.