In the photos, Suzy was embracing Gong Yoo from the back wildly. Although the embrace of Suzy can tempt the hearts of all the male fans, but Gong Yoo is an exception. Gong Yoo showed an expression of pain, and in order to get rid of Suzy, he kept squirm his body. In order to prevent Gong Yoo from breaking free, Suzy held Gong Yoo even firmer, her lovely expression raised the curiosity. 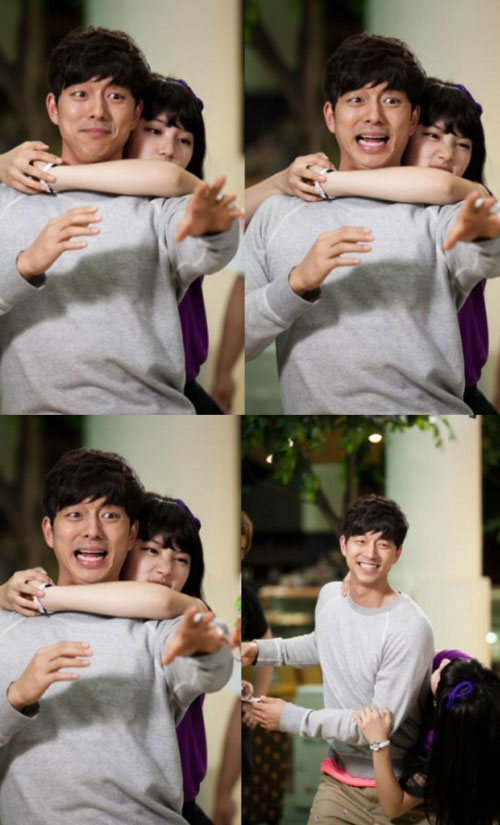