MBC Wednesday and Thursday drama series The Moon Embracing the Sun hit the ratings that over 40% on the week ending February 26th, 2012, winning the weekly viewership ratings ranking for 6th times in a row.

According to the data released by ABG Nielson ratings research company on the morning of February 27th, 2012, The Moon Embracing the Sun recorded the average rating of 40.2 for the week from February 20th, 2012 to February 26th, 2012, the highest among all TV programs broadcast for the week, won the championship of the weekly ratings for six weeks in a row.

The newly debuted KBS2 weekend My Husband Got a Family (Unexpected You) achieved the average rating of 25.6% in that week, ranked at second place in the weekly ratings chart, while KBS’s Gag Concert ranked at third position with 22.3% ratings score, at the same became the most popular entertainment program. 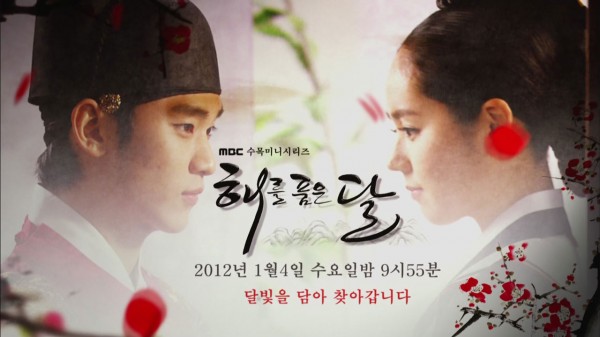 KBS daily drama My One and Only (Only You) and KBS news program’s News at 9 came in fourth and fifth positions of the week ratings list.