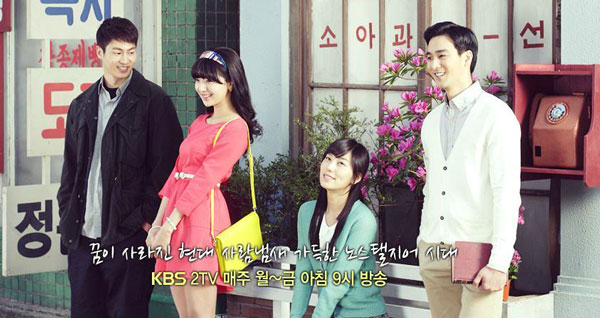 Preceded By: TV Novel: Dear My Sister
Followed By:

A love and success story of youths in early 1970s, when they were poor but full of dreams! Half-sisters, Seung-hui and Seung-ah, become twins due to the hopeless love of parents’ generation. By the twist of destiny, the two fall in love with the same man and become love rivals. Story of the twin sisters, who are different in every way, fight like cats and dogs but eventually reconcile! In this human drama, joy and sorrow of the girls’ family will be depicted in a way that gives you bright and warm feelings.

One response to “TV Novel: Love, My Love”