Actor Yoo Ah In said that he likes SNSD’s Yuri.

In the SBS’ One Night of TV Entertainment broadcast on March 21st, 2012, the lead actors of drama series Fashion King, Yoo Ah In, Lee Je Hoon, Shin Se Kyung and Yuri appeared on the show.

The host asked Yoo Ah In, “Who is your favorite in Girls’ Generation?” Yoo Ah In said, “Now I like Yuri most, because I only know Yuri.” 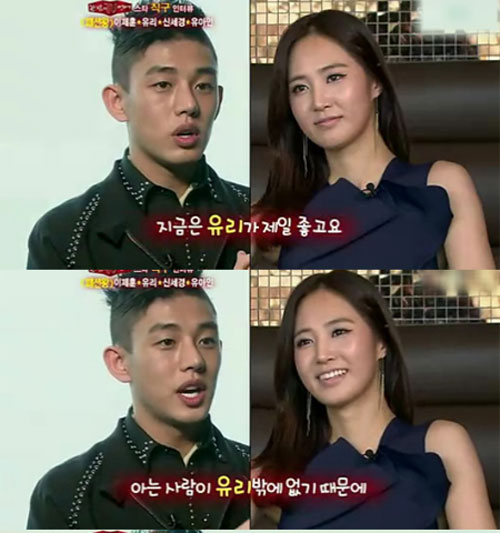 Then the host asked, “Previously as an audience, who did you prefer the most? Yoo Ah In said, “Previously I liked Hyoyeon the prefer.”