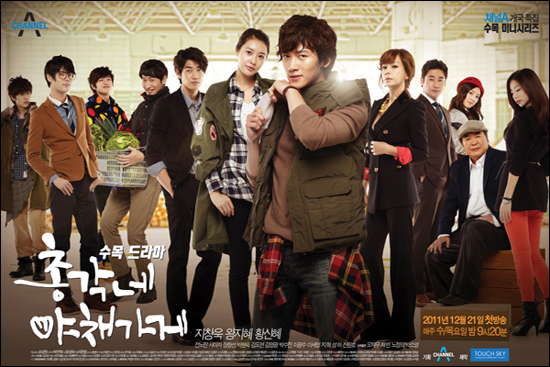 Preceded By: N/A
Followed By:

Bachelor’s Vegetable Store is based on the true story of Lee Young Suk who started from selling vegetables at a small 30sqm store in 1998 and now owns over 40 Chonggakne Vegetable Stores nationwide.

Han Tae Yang is a talented, but unemployed young man with big dreams and a huge responsibility on his shoulder. He falls in love with a young woman named Mok Ga-on, but Ga-on grew up with a family secret that threatens her family’s stability.

Lee Seul Woo is Tae Yang’s best friend, and is a wealthy heir who grew up without a father and comes to work at Tae Yang’s vegetable store. Seul Woo has a crush on a spoiled young chaebol girl, Jung Dan Bi, but she is liking Tae Yang instead of Seul Woo, complicating the matter.