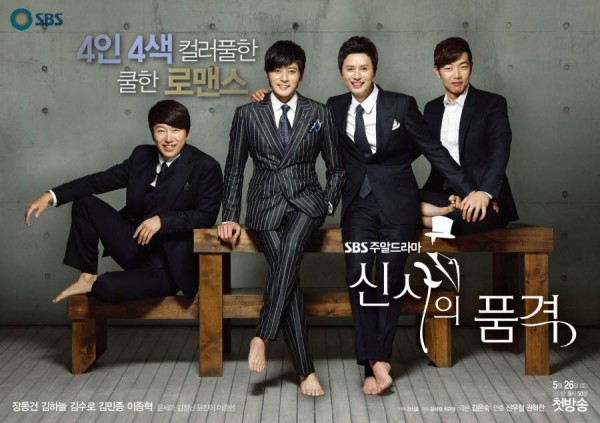 Preceded By: Dummy Mommy
Followed By:

“A Gentleman’s Dignity” depicts the stories of men and women around mid 30s to the early 40s in their love and parting, successes and setbacks.

Kim Do Jin is an architect with a scathing tongue, and Seo Yi Soo is a cheerful, lively and decisive high school teacher, who moonlights as an umpire at amateur baseball games. They stage a humorous romance relationship.

6 responses to “A Gentleman’s Dignity”