A Song to Remember 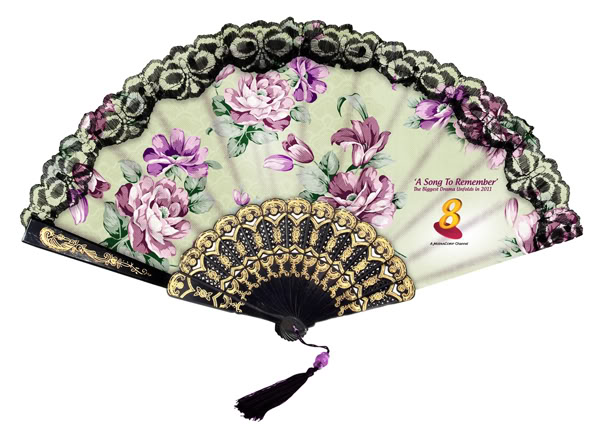 Preceded By: The Oath
Followed By:

A song and dance drama about the love and hatred between a musician and two songstresses.

Cabaret was the rave in the 30s and 40s. Troupes from Shanghai, Southern China as well as local cabaret groups thronged the scene and enlivened the night. Reveling in song and dance drowned out anxieties of the impending war and blues of the real world. Set in this backdrop, this drama serial relives the glittering Singapore nightlife of old.

The flames of war ignite in the 1940s. Swaying in the midst of a raging turmoil, Yu Hong and Song Qiao-er, rivaling doyennes of Shanghai Li Ming Troupe, fight it out on stage. As Qiao-er vows to remove the thorn in her flesh, Yu Hong retaliates.

Mo Li Guang, a young musician from Shanghai, arrives on the eve of the outbreak of World War II in Singapore. A bookish “cultural youth”, he indulges in fantasy and music. His insensitivity to mundane affairs often lands him in comic situations. He develops feelings for Yu Hong after meeting her on- board the ship to Singapore.

Li Guang’s aunt is a vicious landlady who puts him in charge of collecting rents from the difficult tenants of an old building. Taunted by a motley bunch of characters, he is helped by Liu Jiumei from being driven back to Shanghai by his aunt.

Jiumei is mistreated by her adopted mother to sing for a living, and ends up being bullied as a “soda girl” at New World Nightclub. An optimistic girl by nature, she daydreams about making a debut on stage. She falls for Li Guang after a series of tribulations but suppresses her love for him because his heart is with Yu Hong.

The captivating Indian, Malay, Peranakan and Western dances inspire Li Guang to compose songs for Jiumei. Both are the quintessential composer and singer duo.

The rivalry between Yu Hong and Qiao-er intensifies when they come to Singapore. Qiao-er works her charms on tycoon Xu Kun in the hope of eliminating Yu Hong, but the latter counter-attacks by sexual seduction to rise as the doyenne of the troupe and a star in Singapore.

Yu Hong ropes in Li Guang to the troupe and redeems Jiumei from the brothel. Jiumei is filled with gratitude for her savior but Yu Hong realizes that Jiumei’s talent for singing and dancing poses a threat to her. She tries to stunt her popularity but the latter makes tremendous progress under Qiao-er’s mentorship. To safeguard her position, Yu Hong seeks to destroy Jiumei, just like how she was previously victimized by Qiao-er.

To raise funds for the medical costs of a neighbour’s infant, Jiumei and Li Guang call on everyone to participate in a spectacular street show – “Night of the Stars”. Jiumei becomes an overnight sensation and banking on her fame, Jiumei’s adopted mother sells her to a rogue businessman to be his minor wife. How will Li Guang save Jiumei from the devil’s clutches? Will he choose to love Yu Hong or Jiumei eventually? In the chaotic period leading to a world war, what is the fate of everyone?

A Song to Remember Characters Description

2 responses to “A Song to Remember”