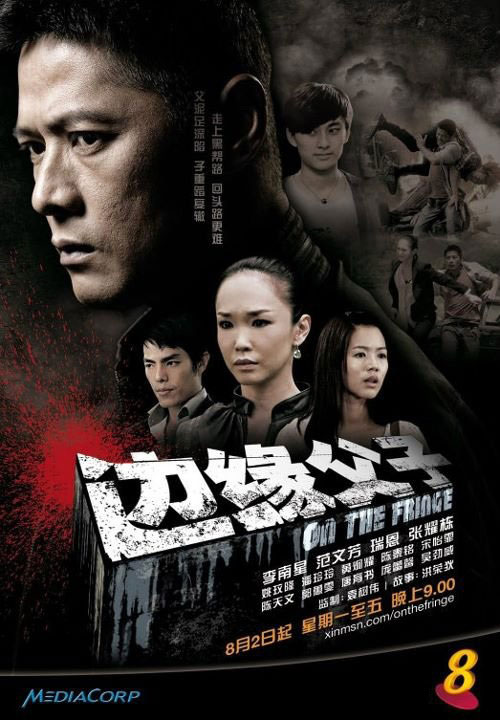 Tian Yibang was a juvenile delinquent (Fringe Teenager) in the 80s, a repeat offender who was in and out of the reformatory until he was sentenced to 18 years’ imprisonment and caning for robbery with aggravated assault. 15 years later, he was discharged from prison. Already in his 40 years old as middle aged man, he vowed never to tread the old path again. He carried a photograph of his baby son whom he had never seen nor carried. He longed to see his 15-year-old flesh and blood but had no news of him. His ex-wife, who had since re-married, once told him that she would never let their son know about his disgraceful father.

Yibang’s fellow gangsters have either died or given up their criminal ways. The times have changed but there remained a dark corner in society where people continued to lurk outside the boundaries of the law, just like they once did. Liu Jiali was a pretty lass whose looks belied the power she wielded over a large criminal organization. She was the confidante of Yibang’s buddy Moda, who mysteriously fell to his death two days before Yibang’s release from prison. After “inheriting” his “business”, Jiali tried to rope Yibang in to assist her and to hunt down Moda’s murderer. The story for that day is about Liu Jia Li make funeral arrangements for Mo da but all brothers have malicious intentions. On the other hand, Shasha, a blind but sanguine voluntary worker whom Yibang befriended at the halfway house, was adamant in steering him to the right path because she believed that he was, by nature, a good person. Which path will Yibang choose?

15-year-old Yao Zhiyong was the streetwise but rebellious son of Yibang. Together with some like-minded teens, he formed a gang called “WCS” (We Can Survive) and engaged in delinquent activities. Struggling with family, school and the pains of growing up, they choose to indulge in rebellious and anti-social behavior to vent their frustrations. It was fun initially, until things began to spin out of control and they ended up being manipulated by a criminal organization. With Shasha’s help, Yibang was reunited with Zhiyong but never did he expect junior to follow in his footsteps. Despite his attempts to wrestle Zhiyong away from the edge of crime, the latter resented this stranger who crossed his path out of the blue. Zhiyong mocked at his father, calling him “a dumb juvenile delinquent from the 80s” and “a passé Ah Beng”. Yibang was helpless against this kid on the fringe from the Internet Age. With blog, Twitter and Facebook, he was indeed outmoded. The “cultural revolution” sparked off by clashes between these “kids on the fringe” two generations apart constantly put their relationship to test. A series of setbacks weakened Yibang’s resolve but Shasha made him persevere in touching Zhiyong’s heart with his unrelenting sincerity. Motivated by the blind girl’s effort to reconcile father and son, Yibang was persuaded to persist and finally succeeded in dissuading Zhiyong from taking the same wayward path like him.

On the Fringe Trailers

On The Fringe Wallpapers

On The Fringe Behind the Scenes

12 responses to “On The Fringe”