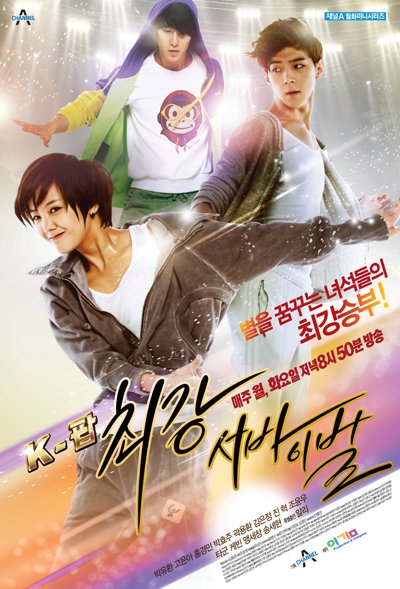 Preceded By: Color of Woman
Followed By:

K-Pop – The Ultimate Audition is the first drama in South Korea that depicts the upsurge of K-Pop. It tells the story behind the idol stars which is unknown to others.

The pianist Ji Seung Yeon dreams to be a hip-hop rapper. She is well loved by audience because of outstanding appearance and sense of humor. But she has to disguise as a man and be a member of male pop idol group under situation which out of her control.