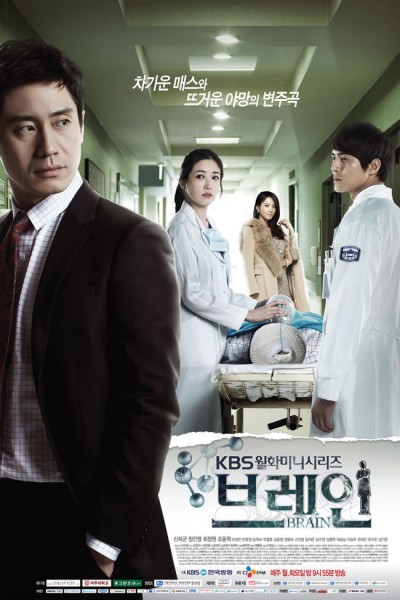 A drama that tells the story relation to the brain and neurosurgeons, centers around neurosurgery department of a university hospital.

Lee Kang Hoon (played Shin Ha Kyun) who is graduated with flying colors from the top medical school, is a person who is arrogant and obsessed with success due to poor childhood. He works in a top university hospital and is known as the top neurosurgeon. He has ambition to become the director of the university hospital. He is fighting hard to win over his main rival Seo Joon Suk (played by Jo Dong Hyuk) who is also a doctor but from wealthy family.

However, once he meets his guidance teacher Kim Sang Chul (played Jung Jin Young), the world renowned neurologist Lee Kang Hoon starts to change and improve his value to become a sincere doctor. Originally he chose to become a doctor just because the profession is known to everybody, and experience of his critically ill father used to reject treatment. Yoon Ji Hye (played Choi Jung Won) is also a neurosurgeon who grew up in an ordinary family. She is extremely strict in matters of work and study, but has a warm bedside manner with her patients.