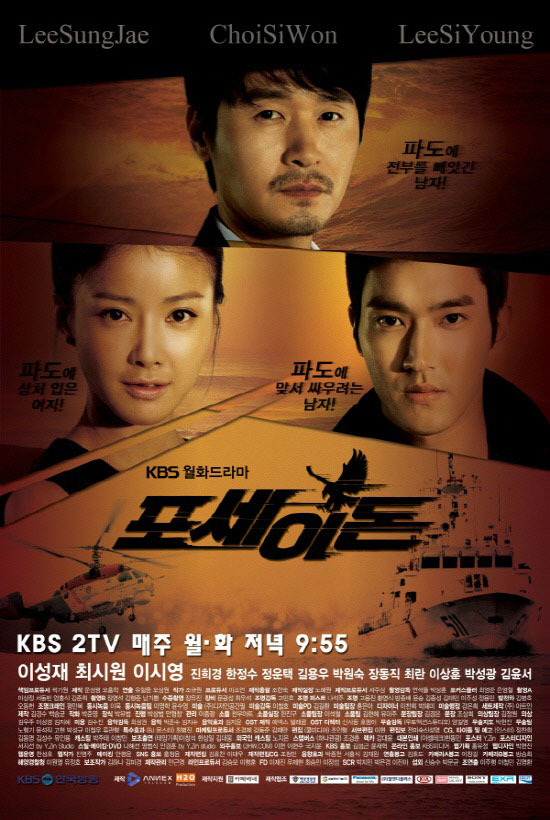 Over 2,000 incidents; over 11,000 victims; about 750 billion won in damages. This is the record of maritime incidents that took place throughout the year 2009.

Diverse maritime incidents including minor ones such as fishing boat crashes and sea crimes such as illegal trafficking, defections and immigration incidents, break out in the sea around the nation surrounded by the sea on three sides.

This drama features stories about the Korean Maritime Police who are guarding the Korean territorial waters, which is 4.5 times larger than the land territory, with a fifteenth of the manpower of the regular police on the land. It depicts many spectacular images and various maritime incidents that have rarely been seen on the TV screen.

It gives light on the people who rescue the lives of others in life-threatening environments. They overcome terrible hardships to rescue the survivors of accidents in the sea.

Their superhuman efforts and sense of justice is extraordinary, but they simply consider it a part of their job.

What is the meaning of the ocean for those who jump into the hellish scenes of accidents every day?

The program features the works, loves and lives of the seamen who are at once innocent, wild, hot and tenacious.

The story revolves around the people who regard the sea as their living base and raises an alarm regarding selfishness and the trend to debase human life that is prevalent in our society.

“Poseidon” is a drama similar to USA’s NCIS: “Naval Criminal Investigative Service” that depicts a story of a group of special forces from the National Maritime Police Academy (Korean Coast Guard) which in charge of sea rescue, counter-terrorism and other special missions. The drama takes its name from the Poseidon Team, a special forces unit of the Marines, and is being produced by Yoo Cheolyong and Cho Kyuwon from “IRIS.”

Using the strong bonds of humanity as a basis, and through the challenges faced by the protagonists and their spirit of self-sacrifice, the drama movingly shows the significance of life and the stories of how people overcome obstacles in life.

After losing his wife in an accident, Kwon Jung Ryul (played by Lee Sung-jae), a naval officer, becomes a total workaholic and sets out out to uncover a mafia organization linked to an unsolved case.

Kim Seon Woo (played by Choi Siwon) was a rookie agent in Athena, a onetime ace officer who’d enjoyed a steady rise. However, after getting caught up in a messy case, his career ground to a halt. The former hotshot is now the problem child of the special forces team Poseidon, and he’s put on the investigation team looking into that unsolved case. Also on that case is the sole female officer on the team, Lee Soo Yoon (played by Lee Shi-young)