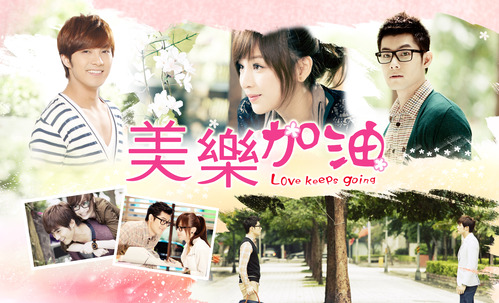 Zha Mei Le is a person who cares about people, brighten others. When she was just a little girl, she overheard her parents agreed to divorce and was deciding which child belongs to who, both of them didn’t want Mei Le, throwing her away just like a ball. They prefer her brother who more excellent.

To avoid becoming a useless “ball” and alone, Mei Li decided to change and become a useful person. Cha Mei Le is an ordinary girl who believes that if we work hard, good things will happen. She started to do her best in everything, studied hard, well behaved, been caring, smiling, obedient and rushed to do home work, except that she still less fluent in Hakka. Finally, the mother who lost the fight to take her brother from father, decided to bring her away, which is better than nothing at all. And, her mother had always reminded her not to let her down, as she only have her. She agreed.

When grown up, Mei Li had got tons of certifications. She was well liked at work, admired by her boss for her hard work, and liked by everybody except her brother. And even her boyfriend’s family loved her, glad that their son can find such as good girl. As she loves her boyfriend Han Yi Feng so much, she leaves her lucrative career in finance to fulfill her boyfriend dream to open a bakery, took yet another cert examination. Mei Li also believed that she is so useful, her boyfriend won’t leave her forever.

Mei Le was doing a favor for her boyfriend to pick up his brother Han Yi Lei at the airport, who is conceited and non-compromised, has own high taste, and only wants the best since small. They disliked each other right from the start.

She worked hard to fulfill her boyfriend’s dream of owning a bakery. However, Han Yi Lei accidentally love the bread she made. On the other hand, Han Yi Feng cannot resist seduction and fall in love with Guo Xuan Xuan. After discovering he is cheating on her, she is comforted by Yi Lie, Yi Feng’s younger brother, who is very hostile and difficult to interact with. But his eccentric personality changes with Mei Le’s toasts and he softens when he sees Mei Le’s sincerity. The weird thing is Yi Lie can’t get down to composing songs without eating her toasts.

Unfortunately, Mei Le disappeared when he realized that he’s already fell in love with her. After various obstacles, both of them start a wonderful journey of love.