The Fierce Wife / The Shrewd Wife 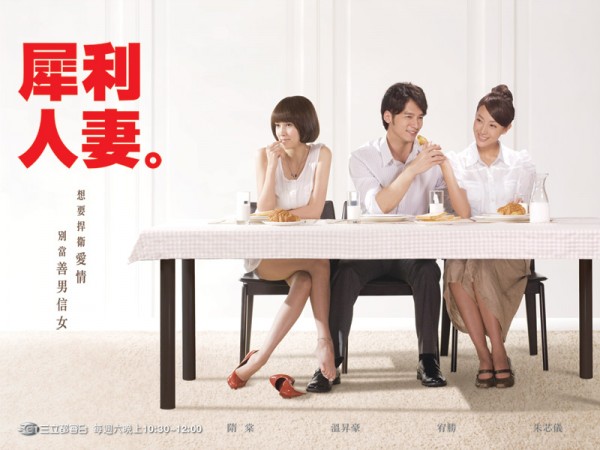 Wen Rui Fan and Xie An Zhen are a happy married couple.

An Zhen knew Rui Fan through her classmate Wen Rui Xuan who is also Rui Fan’s sister. Rui Fan is a top student in national university, but An Zhen only graduated from high school, at that time Rui Fan always met An Zhen, and found that An Zhen has a crush on him, and he also found An Zhen is cute and innocent, both gradually come together. Ten years ago, Rui Fan’s father is sicked gravely, his family said joyful event will bring luck, thus Rui Fan determined to marry An Zhen. They married, and his father really recovered. But his mother is somewhat dissatisfied, believe that if based on qualifications, her son is very hard done by. So, to the daughter-in-law, Wen’s father is loving while Wen’s mother is finding quarrel in a straw.

The marriage between Rui Fan and An Zhen surprisingly harmonious and happy. Because An Zhen is really hardworking and meticulous, Rui Fan does not worry about anything else, just concentrate the effort on career, and achieve today’s proud achievements.

Although Rui Fan is busy and cannot dedicate time to family, but he is very grateful to An Zhen, and is faithful to the wife as reward. He is always surrounded by pretty women outside, but never been seduced, and been called person with moral authority. He’s handsome, capable, good man image, he did become a part of the company’s image, making him as one of the popular candidate as general manager.

Today, their daughter Wen Yu Meng, is six years old this year, is slightly fat and cute, precocious little girl, she is especially close with father, only listen to the words of father, but often losing his temper with her mother, so An Zhen is helpless. Rui Xuan often secretly nicknamed Yu Meng as the “Little Three” – youngest third party.

Rui Fan and An Zhen have married for ten years, though the passion has been lighten, but still full of warmth.

An Zhen always records her life and thoughts of marriage in her “Bible” – a clippings book. Within the vast amount of newspaper cuttings, all collected is about how to be a good wife article, from the wedding day, she was determined to be a perfect wife, to create the perfect family.

Wen Ruixuan and Hao Kangde couple is quarrelsome lovers, always quarreling, but will unite when there is outside enemy. The advantage of Hao Kang De is wit, sense of obligation, he likes rich and exciting life, so cannot help but looks for affairs, occasionally have affairs, which almost trains Rui Xuan as expert in sporting lies.

The third party between Rui Fan and An Zhen is Lai Wei En, her parents divorced when she was ten, each remarried, and have children after remarriage, so Wei En has a bunch of siblings of with same father different mother or same mother and different father. Long years of wandering in between the two families, she experiences total neglect and bullying, so Wei En develops a strange personality: looks like a lively kitten, but heart likes very alert hedgehog. Her model of feelings, is in fact a repeat of experience during childhood where she wanted care but didn’t get it.

When An Zhen’s husband cheated on her with her cousin, the ensuing divorce became a battle of love and wits.

37 responses to “The Fierce Wife / The Shrewd Wife”