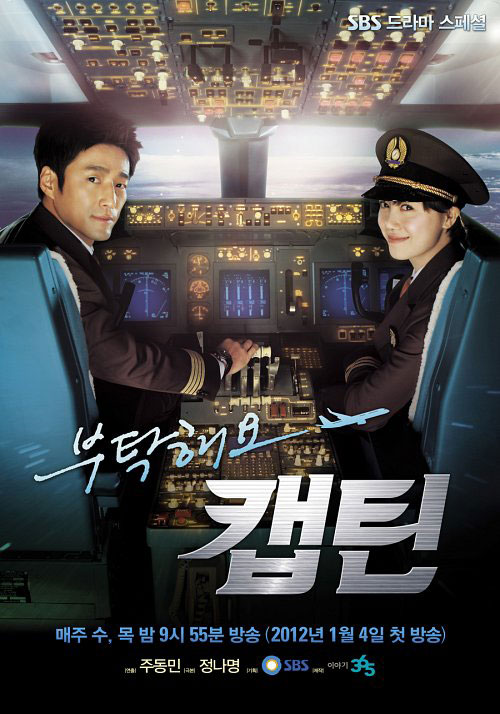 Take Care of Us, Captain is a aviation drama the tells the story of an attempt to become pilot by a female first officer who is full of passion and vigor, and also depicts the the life and romance of pilots, passengers, technicians, air traffic controllers and those that work at airline related industry. It’s the first drama in Korea that depicts the female first office co-pilot.

Kim Yoon Sung is the talented pilot of a passenger airliner who gets saddled with a new co-pilot, Han Da Jin, in her attempts to become a pilot. Kang Dong Soo is an air traffic controller at Incheon International Airport with seven years of experience. The trio engages in a triangle love relationship.

Take Care of Us, Captain Trailers

44 responses to “Take Care of Us, Captain (Fly Again)”